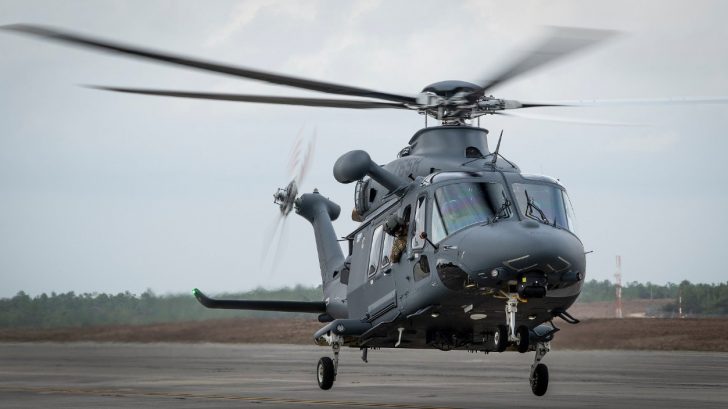 According to NBC News, a United States Air Force helicopter was shot as it was flying over Middleburg, Virginia, and caused the crew members to make an emergency landing.

US Air Force helicopter struck by gunfire from the ground while flying over northern Virginia, wounding one person on board and forcing an emergency landing, authorities say. https://t.co/RnLv8DozIM

“Initial findings are that the helicopter was struck by a bullet resulting in a minor injury to an aircrew member and damage to the aircraft,” the Air Force told NBC News.

One of the crew members onboard the helicopter was hit by the bullet and taken to the hospital where they received medical attention. The helicopter was flying about 1,000 feet from the ground and about 10 miles northwest of Manassas Regional Airport in Middleburg, Virginia when it was shot.

The wounded crew member “sustained a non-threatening injury, for which he was treated and subsequently released from the hospital,” an FBI statement said, according to NBC News.

“An Air Force helicopter was forced to make an emergency landing at a Virginia airport Monday after someone shot at it,…

The UH-1N Huey helicopter, assigned to the 1st Helicopter Squadron, was said to be on a “routine training mission” when it was shot and the pilot immediately made the emergency landing in Manassas at 12:43pm.

FBI agents working out of Washington, D.C., and the Air Force Office of Special Investigations have reached out to the public asking them for help in finding out who shot at the military vehicle.

The Air Force and FBI are investigating after someone fired a bullet from the ground that hit a military helicopter as it was flying over Northern Virginia.The Air Force says a member of the crew was injured.