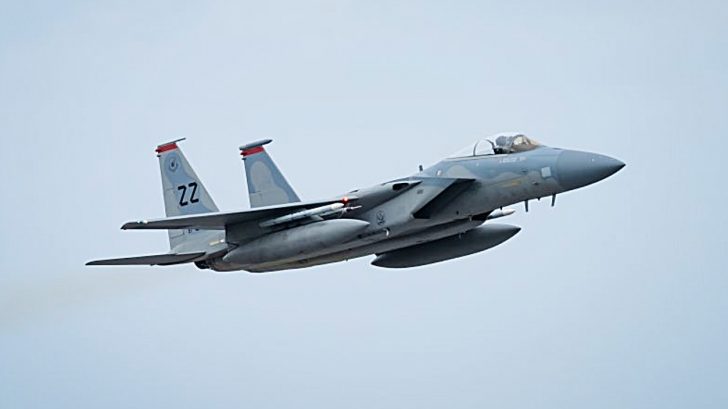 According to Military.com, a United States Air Force fighter jet crashed in the North Sea of the United Kingdom at 9:30am on Monday (06/15/20). It was an F-15C Eagle, from the 48th Fighter Wing at RAF Lakenheath in Suffolk, England, on a training mission.

The F-15C Eagle pilot has been found dead after their fighter jet crashed during a routine training mission over the North Sea. The name of the pilot will not be released until all next of kin notifications have been made. https://t.co/xJZLaHS6ar

The British Coast Guard was immediately deployed to the site of the crash to search and hopefully rescue the pilot and recover the plane. The plane was found 74 nautical miles off the East Yorkshire coast but no sign of the pilot.

Later, BBC reported Col Will Marshall of the 48th Fighter Wing at RAF Lakenheath saying, “The pilot of the downed F-15C Eagle from the 48th Fighter Wing has been located, and confirmed deceased. We will not release the name of the pilot until after all next of kin notifications have been completed.”

The cause of the crash is currently unknown and being investigated. The F15C Eagle is an air defense fighter and only seats one person. It was put into service by the US Air Force back in 1979.

RAF Lakenheath is the only US Air Force-operated base in England, but the largest, and the only spot they keep the F-15 fighter wings in Europe. There is currently over 4,000 United States service members station at RAF Lakenheath ready to come to their allies’ aid when called upon.

Col Will Marshall Speaks About The Crash In The Video Below