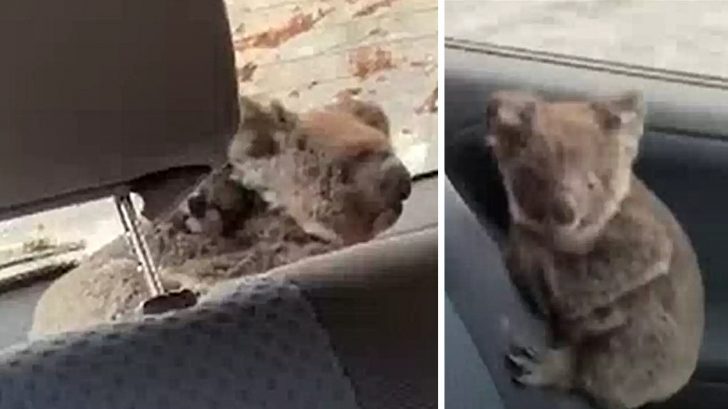 There’s no doubt that the Australian wildfires have caused a lot of damage over the past few months. Experts say that there’s actually an estimated billion animals that have been killed during the tragic environmental disaster.

In such sad times, there has been one video that has lifted the hearts of those keeping up with the situation. It is of two teens driving around recently burnt areas and putting koalas bears in their car to transport for medical treatment.

The video was filmed on Kangaroo Island and the boys are 19-year-old Micah and 18-year-old Caleb. The guys said they were really just picking up the ones that looked badly injured and leaving behind the ones that seemed to be ok.

A cousin of theirs was the one who shared the video originally. However, after a few media outlets reshared the video and story it became viral. The boys were praised for their rescue mission as it raised awareness of how dire the situation has gotten.

On Kangaroo Island alone, half of the woodland areas have been destroyed by the fires and out of the 50,000 koala bear population, an estimated 20,000 of them have been killed. Fortunately, people like Micah & Caleb are fighting back to save as many as they can.

Watch The Video Below Of Teens Rescuing Koalas

Carload of Koalas Rescued From Bushfires in Southern Australia

A carload of koalas were rescued from fires in Kangaroo Island by local man Micah Lovegrove and his family.Bushfires on Kangaroo Island were estimated to have killed 25,000 koalas by January 7. RELATED: https://trib.al/ZhaYTse