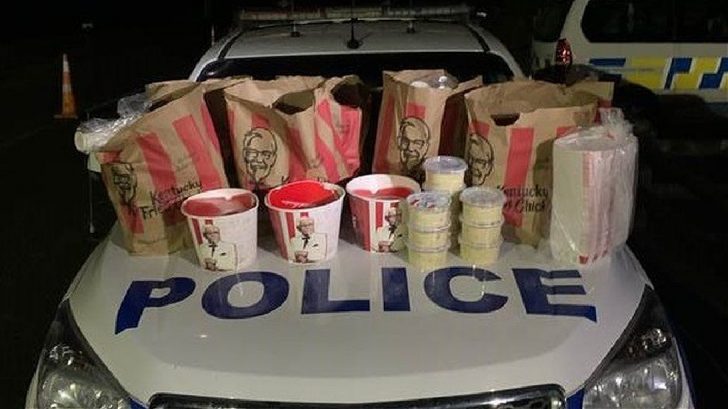 Sometimes you just gotta have some fried chicken. But, unfortunately for two men from Auckland, New Zealand, their chicken craving landed them in hot water.

According to authorities, the pair were arrested trying to return home to Auckland where restaurants are closed due to COVID restrictions. They were pulled over when police noticed their “suspicious” vehicle nearing the city.

“Upon seeing the police car, the vehicle did a u-turn and sped off trying to evade police,” local authorities said. “The vehicle was searched, and police located the cash, alongside empty ounce bags and a large amount of [to-go food].”

It was reported that the men had least three buckets of chicken, 10 cups of coleslaw, fries, and four other bags of KFC items in the trunk of their vehicle at the time when police stopped them.

According to BBC, New Zealand has some of the most strict COVID-19 regulations in the world, and Auckland is under a level-four lockdown, meaning that all restaurants, including to-go services, are closed.

The men will appear in court later this year for breaking health protocols and could face fines equivalent to roughly $3,000 and a possible six-month prison sentence.