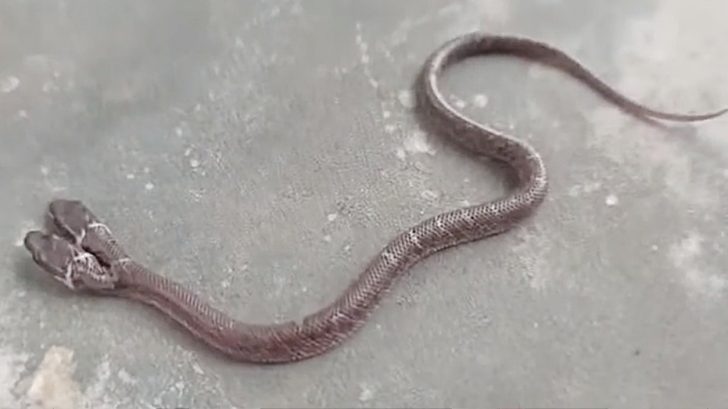 A wildlife photographer and enthusiast named Rakesh Mohalick was exploring the Dhenkikot forest in the Keonjhar Wildlife Sanctuary of Odisha, India. During his journey, he discovered a fascinating creature, a two-headed snake.

Experts say it’s a newborn Wolf Snake that’s non-venomous and appears to had recently hatched. The snake had two fully-formed, functional heads, and measured about 14cm long. The two heads worked independently from one other, which experts say will give the snake less of a chance of surviving in the wilderness because the heads will end up competing for food.

“One among the two heads is slightly more developed and both are known to fight over food,” Rakesh said, according to News18.

With that said, after taking a few pictures and a video of the snake, Rakesh released it back into the wild to live on its own.

Check out the video of another rare two-headed snake below!