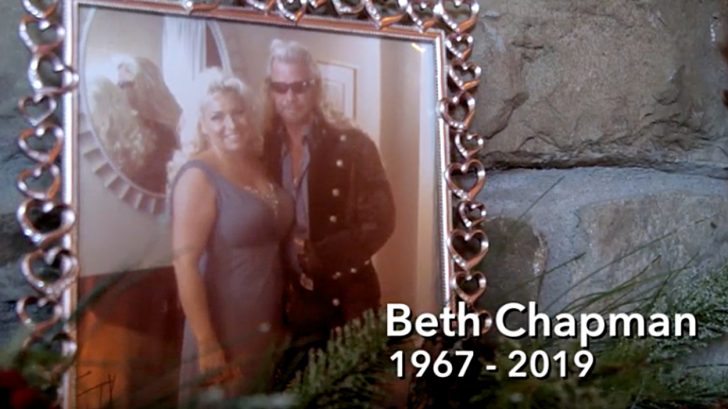 Just a few hours ago, Duane “Dog” Chapman revealed to the world that his beloved wife, Beth, had tragically lost her battle with cancer – and had “hiked the stairway to heaven.”

Now, their television partner and hosting TV network, WGN America, has put together a tribute video that would bring tears to the eye of anyone who watched their show.

Dog shared a photo from her bedside on June 24.

Despite the doctor’s efforts, Beth sadly passed away Wednesday (June 26) surrounded by her family.

Her daughter, Bonnie, posted an emotional photo to her Instagram hours before her passing, saying, “So thankful to call you my mother.”

She then updated the caption to include, “Rest In Peace, mom. I love you so much.”

So thankful to call you my mother. Rest In Peace, mom. I love you so much.

Beth is survived by her husband, her four children – Dominic, Cecily, Bonnie Jo, Garry – and 14 grandchildren.

Watch the beautiful tribute video from WGN America below.

We will keep the Chapman family in our prayers. Rest in peace, Beth.