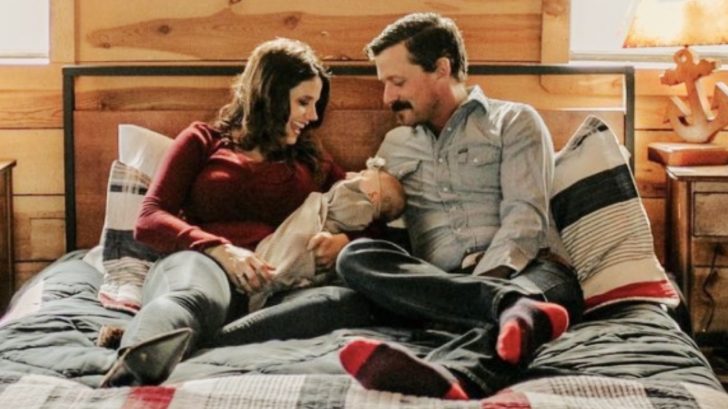 Congratulations are in order for Turnpike Troubadours lead singer Evan Felker and his wife, Staci – they are parents! Staci made the announcement on Tuesday (Mar. 9) that they welcomed a daughter, Evangelina Hartford.

This might come as a surprise to fans, seeing as they divorced in August 2018. Though there was no official confirmation of their reconciliation, it was reported they got back together in August 2020. Some fans speculated the couple was back together in June 2020 when Staci posted on Instagram and used the hashtag “#DateNight.”

The past few years have been a whirlwind for the Felkers. Some might know of Evan because of his music with Turnpike Troubadours but his name got mainstream media attention when he and Miranda Lambert began a relationship in 2018.

Exclusive: Miranda Lambert and Evan Felker stepped out in public together for the first time yesterday. https://t.co/N8bG9Iztxc pic.twitter.com/EtoS1VltUs

In 2019, the Turnpike Troubadours announced an indefinite hiatus after cancelling several shows so Evan could seek help for his alcoholism.

This weekends shows are unfortunately not going to happen for Turnpike Troubadours. On behalf of the band we apologize for all the cancellations previously and this weekend. Thank you all for the sold out shows, the memories and support. Please keep us in your prayers. pic.twitter.com/XcNMo6ssh1

In August 2020, he revealed in an interview that he was sober. Seven months later, his wife announced on Instagram that they are very much back together and welcomed a daughter!

“Y’all welcome my husband #EvanFelker back to my grid after a few years off,” she wrote. “He’s here to introduce our first born♥️ Evangelina Hartford Felker.”

Congratulations to the proud parents! See Staci’s full post below and make sure to swipe through to see all the photos.