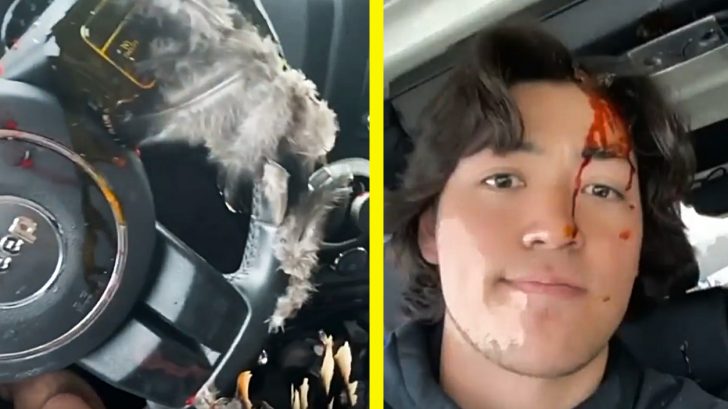 It’s one thing to hit a giant wild turkey with your rig, but it’s a whole other thing for that bird to somehow make it inside the vehicle and explode upon impact. Yet, that’s exactly what happened to one young Michigander recently!

According to a video shared by Barstool Outdoors on Instagram, United States Hockey League junior player John Larkin was driving his Jeep when he struck a large wild turkey head-on.

Recording a short clip of the scene on his phone, it’s clear that not only did the bird totally obliterate his windshield, but it left a massacre-like bloody explosion when it impacted the interior of the car. Feathers, blood, and innards were strewn about all over his steering wheel, seat, gear shift, dashboard, and headliner.

Larkin even had blood splatter on his face from the turkey bomb.

Check out the full video below…we guarantee you’ve never seen anything like it!