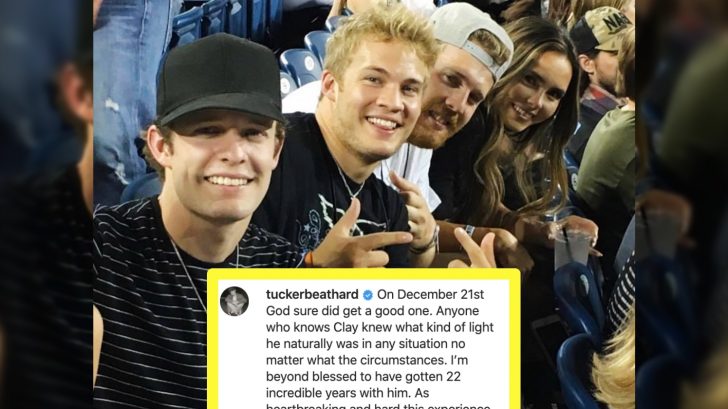 Just days after losing his brother, the country singer has broken his silence via social media and spoken openly to his fans about the tragedy inflicted upon his family.

Tucker Beathard, who comes from a family known for their accomplishments, mourned the passing of his younger brother, Clay, who was killed on December 21st, 2019 in a stabbing at a Nashville bar.

In his first social media post since the murder of his brother, Tucker opened up about his grief and his brother’s dedication to God.

“On December 21st God sure did get a good one,” he began. “I’m beyond blessed to have gotten 22 incredible years with him. As heartbreaking and hard this experience has been it has also pushed me and my family to a whole new level of faith and what it means to trust God and what his plan is.”

His brother Clay was killed after an altercation at The Dogwood bar in Nashville’s Midtown district just days before Christmas. Both he and another man, Paul Trapeni III, were stabbed to death by accused suspect, Michael D. Mosley. Another man was seriously injured.

“Clay was a true warrior for God and his kingdom and to see the legacy he has made and the lives he has changed, including mine, has given me some perspective on what life is really all about at the end of the day. It amazes me to see how Clay already had that perspective… he lived a life here on earth for serving Jesus and had that discernment of right and wrong and the courage to wear his faith on his sleeve. I think God saw the great work he has done and now has rewarded him with a new life in heaven that no one can even fathom how incredible it is, and that thought alone is enough to help me smile in the midst of all this,” he continued.

This was the first time that Tucker had shared his feelings publicly ahead of the funeral service that was shared on Grace Chapel’s Facebook page.

Our thoughts and prayers are with the Beathard family and the family of Paul Trapeni III during this very difficult time.

Read Tucker’s full social media post below and watch the funeral service for Clay in the video.

On December 21st God sure did get a good one. Anyone who knows Clay knew what kind of light he naturally was in any… 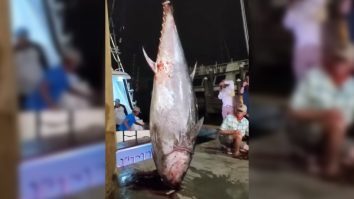