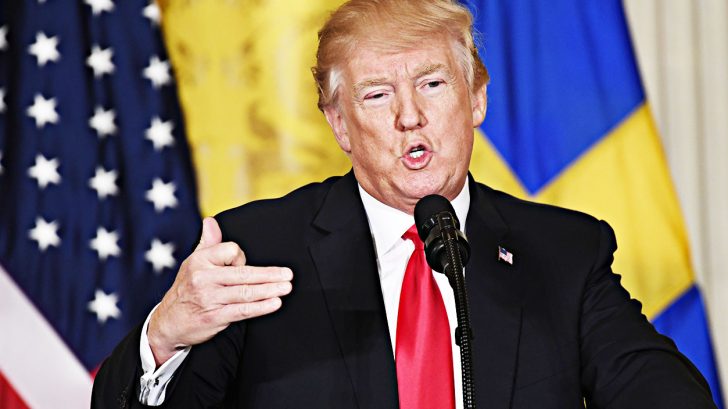 With the flick of his wrist, President Donald Trump enacted a piece of legislation that would forever cement the importance of country music into the government’s most public-facing entity: the Postal Service.

House Majority Leader Kevin McCarthy first sponsored H.B. 1988 in regards to the Bakersfield, California Post Office which he represents as part of the 23rd District. The bill looked to rename the building in honor of one of the area’s greatest music legends, Merle Haggard.

It remains amazing that it takes an act of Congress and approval from the president to name a post office.

That said, there will now be Merle Haggard Post Office in Bakersfield, Calif. pic.twitter.com/bkn72SKSeS

Haggard, who passed away on his 79th birthday in April 2016, was born just north of Bakersfield in the small town of Oildale. He was a prominent figure in the Bakersfield Sound movement and a pioneer of Outlaw-style country music.

The Spanish-styled building on 18th Street in Bakersfield will now be known as the Merle Haggard Post Office Building and is yet another memorialization the city will hold in honor of Haggard’s incredible contribution to country music and the American people. The city previously named a street after him, called Merle Haggard Drive.

What do you think of the new post office designation by President Trump?