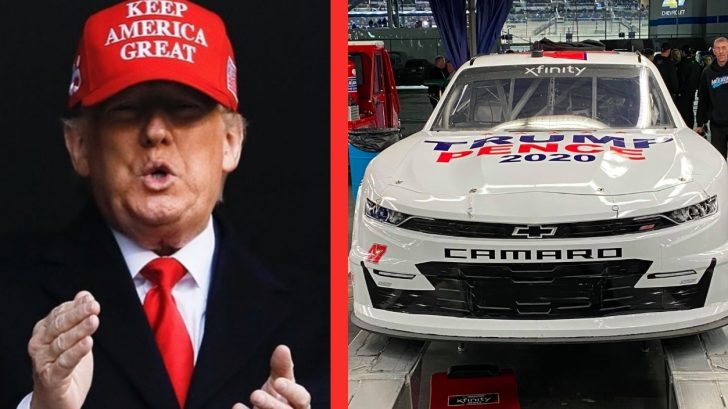 President Donald J. Trump has become the first president in history to be named the Daytona 500 Grand Marshal. For those who don’t know, a Grand Marshal’s position at a NASCAR race is to tell the racers to start their engines, wave the green flag to start the race and is the person who gives the trophy to the winner of the race.

Posted by Getlivenews on Friday, February 14, 2020

There will be 43 race car drivers participating in the race on Sunday, February 16th, 2020. No other sitting or former president has ever held the role. However, George Bush did attend a race back in 2004 when Dale Earnhardt Jr. won his very first Daytona 500 race.

Dale Earnhardt Jr. was actually the Grand Marshal in 2018 and will be the honorary starter waving the green flag to start the race this Sunday. Trump will be the one telling the drivers to start their engines, as the two will be splitting duties.

The former NASCAR CEO Brian France Jr. endorsed Trump back in 2016 when he was running for president. In return, last year Trump hosted Joey Logano and Martin Truex Jr. at The White House and gave NASCAR team owner Roger Penske the Presidential Medal of Freedom.

NASCAR driver Joe Nemechek will be driving a Mike Harmon Racing car sponsored by the Patriots PAC of America and the car will have Trump and Pence 2020 logos all over it.