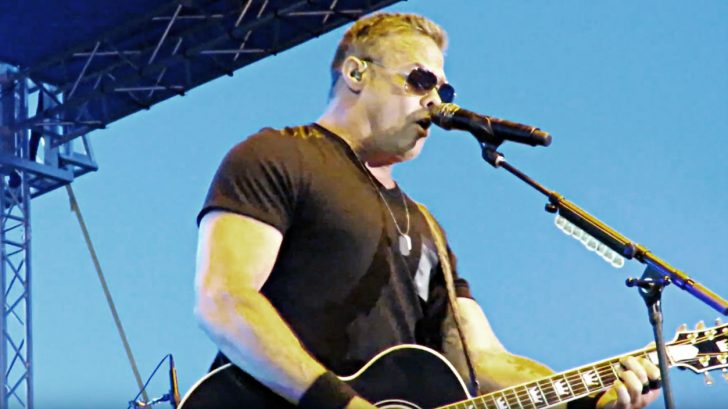 Just months before his tragic passing, Troy Gentry of superstar country music duo, Montgomery Gentry, was teasing fans with a little bit of the music he and Eddie Montgomery had been working tirelessly on in the studio.

The duo’s final album with Gentry as lead singer was released on February 2nd, 2018, but Gentry was showing off some of these amazing new tracks as far back as last summer – and in this rare video, Gentry is belting out one of the album’s hot new songs, “What’cha Say We Don’t.”

The video, which was published just days ago, was taken at a concert in Dubuque, Iowa in June 2017 and shows just how passionate Gentry was about putting out rocking new music for Montgomery Gentry’s immense fan base.

Gentry was tragically killed in helicopter crash on September 8th, 2017 just hours before the duo was set to perform at a concert in New Jersey. The helicopter crashed near the airport with two casualties – Gentry and the 30-year-old pilot.

In the time since his passing, Eddie Montgomery has done great things for the band and promised to continue on with Montgomery Gentry after a pact the two had made ages ago.

This unforgettable performance is filled with Gentry’s unending passion and bright spirit. While the sound quality isn’t top notch, it’s still a great way to honor his memory and his drive to make the best music he could.

Check out Troy Gentry singing “What’cha Say We Don’t” from Montgomery Gentry’s newest album, Here’s To You below.