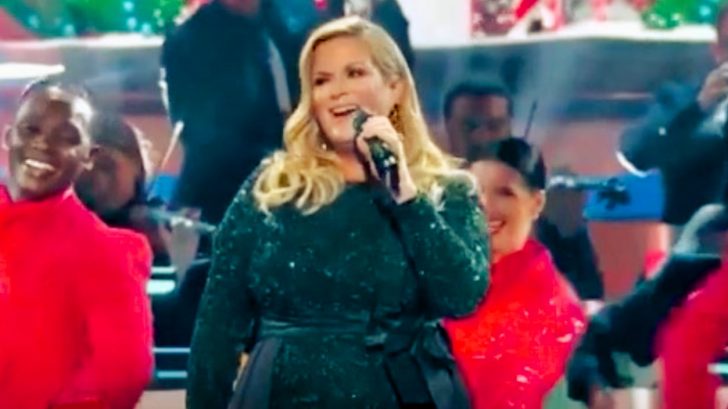 In 2017, Reba McEntire took over as the host of the CMA Country Christmas special. The program was previously hosted by Jennifer Nettles, who served as host since its inception in 2010.

But this year, McEntire stepped back and a new host took the reins of the country holiday program. That new host was none other than Trisha Yearwood.

Haul out the holly! ? #CMAchristmas is airing Tuesday, Dec. 3 at 9|8c! Gather your family and friends for a night filled with holiday hits sung by some of your Country faves & more. ?

The CMA announced Yearwood’s involvement in the special in September, which was when the whole thing was taped. However, it didn’t air until months later, on December 3.

That’s when country fans finally got the chance to see Yearwood in her new role as the host of the special.

Yearwood performed multiple times throughout the program. She delivered a couple of solo performances and also teamed up with the other artists on more than one occasion.

For example, she closed the special with Rascal Flatts, Lady Antebellum, Brett Young, and others by singing “Feliz Navidad.”

What a way to end it for the East Coast!!! FELIZ NAVIDAD to all, and to all a good night! ? West Coast, are you loving #CMAchristmas on @ABCNetwork?!

But when she opened the program earlier in the night, Yearwood did the whole thing on her own.

You can’t find the full performance of the medley online, but the CMA did upload a short clip of it to its official Instagram. The clip shows a snippet of Yearwood singing “Winter Wonderland.”

#CMAchristmas is starting NOW on @ABCNetwork! Our host @TrishaYearwood kicked things off with a medley of Christmas classics – what songs do you want to hear tonight??

Dancers wearing glittery suits performed behind Yearwood while she sang a bluesy rendition of the classic Christmas tune. The stage was adorned with tall, twinkling Christmas trees, with lights that flashed to the tune of the song.

Yearwood also had the support of a talented band behind her, who made the song all the more fun to listen to.

There may not be a full version of Yearwood’s “Winter Wonderland” performance online, but you can find other videos of her singing Christmas songs in the past.

Enjoy one of our favorite holiday performances of hers below. It shows her singing “Blue Christmas” while visiting Elvis‘ Graceland estate in Memphis, Tennessee in 2018.

As much as Yearwood loves Christmas, it makes perfect sense why she was chosen to host CMA Country Christmas this year!