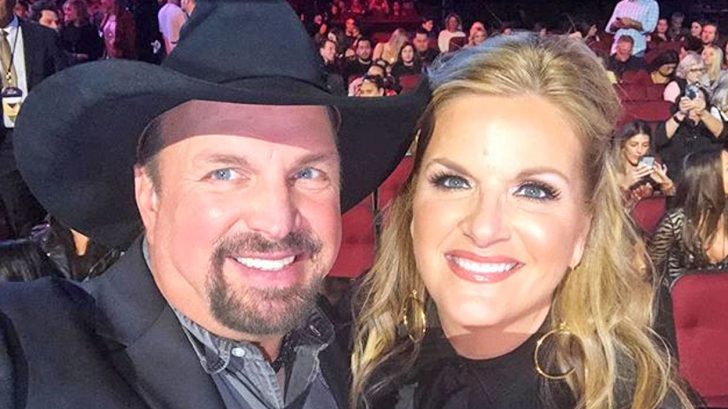 One of Nashville’s most beloved couples is back at it again with their sweet messages to one another. Garth Brooks and Trisha Yearwood have been going strong for 13 years and have no plans of slowing down. Yearwood’s latest photo proves just how strong her love is for her sweet husband.

Throwback to 2005 when Brooks got down on one knee in front of a 7,000 person crowd and asked Yearwood to be his forever. Tying the knot the same year, it was clear that Brooks and Yearwood finally felt complete together.  Ever since these love birds have been more in love than ever.

Now, the couple has triumphed through life’s craziest moments side by side. As Brooks continues to stun the country music world with his boundless talent, Yearwood has been his number one fan. From awards shows to sold-out stadium concerts, Yearwood continues to prove just how faithful she is to her legendary husband and his career.

Throughout his 30+ year career, Brooks has made an unforgettable impact on the music industry. With two Grammy Awards and 17 AMAs under his belt, he has come a long way. Rightfully deserved, Brooks has become one of the world’s best-selling artists of all time. So it’s no wonder why he was just honored with the first-ever iHeartRadio Artist of the Decade award.

The Oklahoma-native has taken the world by storm with hits like “Friends In Low Places” and “The Dance.” Although the legend began his career in the early 80s, winning this decade award showcases just how powerful his influence has been.

While Brooks has his insanely supportive fans to thank, his leading lady also played an incredible role. Standing by his side at the awards show, Yearwood was glowing with pride in her husband. After his speech and performance, Yearwood posted a sweet photo with a message for Brooks,

“Artist of the Decade and husband of a lifetime! I <3 you”

Artist of the Decade and husband of a lifetime! I ❤️ you @GarthBrooks xo, me #iheartawards2019⁠ ⁠

No matter what comes at these two, they come out stronger in the end!

Congrats to Garth Brooks on his phenomenal honor – much deserved!