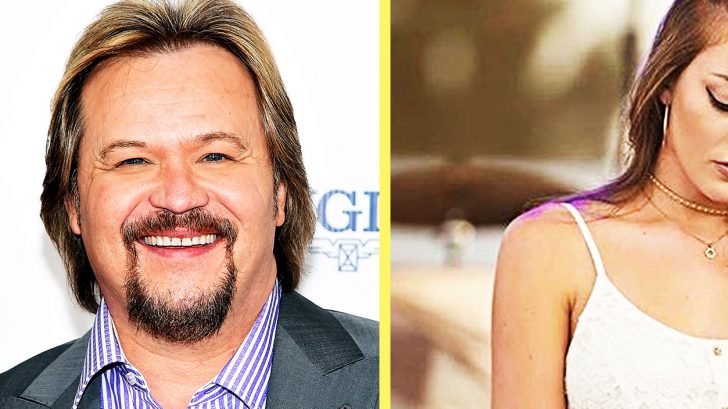 The stunningly beautiful daughter of one of country music’s most treasured and iconic singer/songwriters has been blessed not only with beauty but with immeasurable talent, too. At just 20 years old, this rising star will be one to watch – and her music career is already taking off!

She's a juicy Georgia peach with a thick southern drawl, sexy swing and all, brother she's all country???

Tyler Reese Tritt, the only daughter of Travis Tritt, has followed in her father’s footsteps ever since she can remember – even her mother has said she was born already singing! It’s this deep bond over music that has allowed her an even more special relationship with her legendary father.

Mama tried to raise a lady, but daddy won. He raised a lady that doesn't take crap from anyone.?

Texas was hot in more ways than one? Thank you @rhonda_swanson_ for the pic! #livinthedream #lovemyfans #blessed

Born in 1998 to Tritt and his wife Theresa, Tyler Reese began her career performing music by opening shows alongside her father, sang the national anthem at the North Georgia State Fair, and even has released a duet alongside her dad!

This was one of my favorite shows I got to do with @realtravistritt in Huntsville Alabama! I hope I get to make it back to y’all! • • • #saturdaysareforsinging #funshow #alabama #doinwhatilove

“A girl knows her limits, but a wise girl knows she has none.”~ Marilyn Monroe #newthingstocome #reachforthestars #thelimitdoesnotexist

While there’s no doubt she inherited the talent gene from her father, it’s also very apparent she was blessed with her mother’s stunning good looks! The Tritts not only have a daughter but two younger sons as well – Tristan and Tarian.

I know how to load more than a washer and dryer??? #seniorpicture #tbt #graduation #rightaroundthecorner #guns

Our paths may change as life goes on but our bond as siblings will always be strong✊??#happynationalsiblingday

Beyond performing with her dad, Tyler Reese also has sparked a great fan following of her own and is already headed toward superstardom – especially with a mentor like Travis Tritt!

Wishing a very Happy Birthday to my sweet and talented daughter @tylerreesetritt! I’m so proud to have a daughter like you! Have a wonderful day!!!???

Her first solo single, “Perfect” was released on November 3rd, 2017 and is a true testament to the hard work she’s put into her dream. Watch this sweet video of Tyler Reese Tritt talking about her family and career below!

Find me where the Wild Things are.