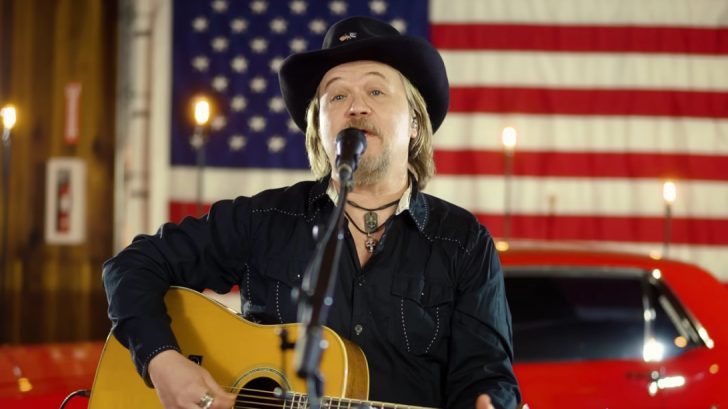 Country hitmaker Travis Tritt has canceled all of his scheduled concerts in November to allow himself time to heal from a knee injury.

The “It’s a Great Day to Be Alive” singer shared the news and detailed his injury in a social media post that read:

“I have been experiencing severe pain in my left knee for the past few weeks due to a possible torn meniscus. With short bits of rest between shows, I had hoped that the pain would eventually subside and I could complete all of my remaining dates in November, including all the dates on the current ‘Can’t Miss Tour’ with Chris Janson and War Hippies,” Tritt wrote.
“Unfortunately, the pain has become impossible to ignore and I will not be able to do any further shows in November. Refunds for these shows will be available at point of ticket purchase. I appreciate everyone’s understanding and I hope to return to the road as soon as possible.”

Upon the news of Travis Tritt‘s injury, his tour co-headliner Chris Janson issued a statement in response.

Janson wrote on his Instagram story that he had tried to find a way to keep his commitment to the concert days, but was unable to make it work. “I’m sad & devastated,” Janson wrote.

Tritt and Janson announced their 14-city ‘Can’t Miss Tour’ earlier this year. “Our high-energy performances complement each other so well. Audiences are going to be thoroughly entertained,” Tritt said at the time.

Janson added, “Excited to be out touring with one of my favorites. It’s gonna be a rowdy fall, and I’m looking forward to it!”

The tour announcement coincided with the release of Chris Janson’s fourth studio album, All In, that includes a collab with Tritt titled “Things You Can’t Live Without.”

In 2021, Tritt released his first original studio album in more than 10 years, Set in Stone.

We wish Travis Tritt a full and speedy recovery and hope to see him back on the road soon.