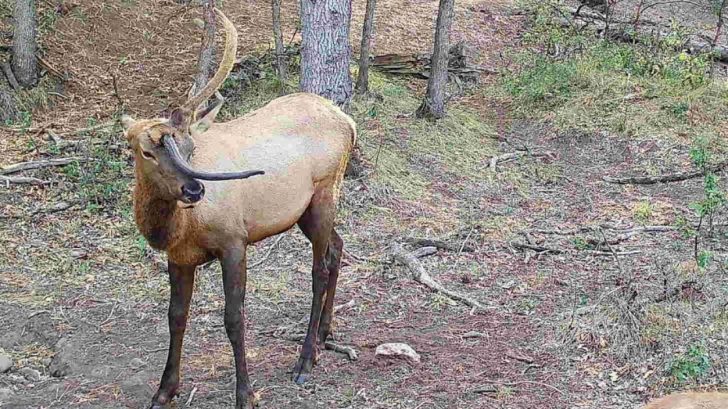 A trail camera in Tampico, Washington captured what some people are calling a “unicorn.” It was a photograph of an elk with a single antler protruding from its forehead.

The elk was spotted on Sunday in Tampico, which is about 15 miles west of Yakima and it appears the elk is in good health.

The abnormalantler didn’t appear to be making the elk’s life difficult in any way.

A representative with the Washington Department of Fish and Wildlife, Kyle Garrison said that the abnormal antler isn’t common, it’s certainly a naturally occurring phenomenon that happens from time to time.

Wildlife experts explained that growth like this usually happens because of an injury, hormones, or genetics that influence the antler to grow that way.

However, after Garrison examined the photos, he believes this elk’s “horn” is the result of a genetic abnormality and it may in the future hinder the animal’s ability to feed or reproduce.

Even though the pedicle, which is the area from which the antler grows, is clearly not in the normal spot, it looks like a healthy growing antler that will naturally shed and fall off, and a new one will grow in the same place.

Watch A Video Below Of A Different Unicorn Elk