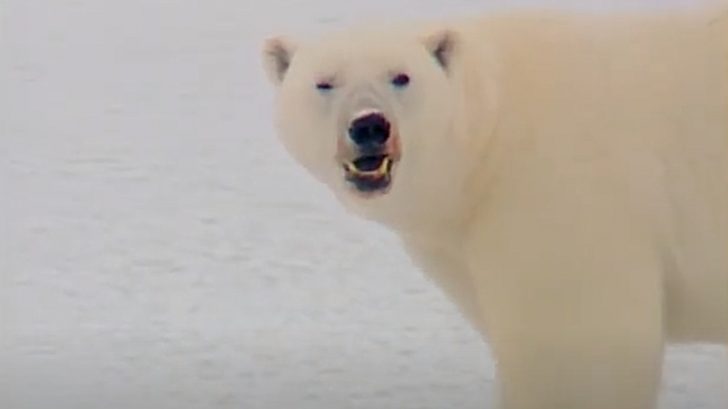 A tragic incident occurred in the remote Alaska village of Wales on Tuesday, as a polar bear killed a woman and a boy.

According to police, the bear entered the village and began chasing people before attacking the two victims, who were subsequently mauled to death. The bear was shot and killed by authorities during the incident but it was unfortunately too late for the woman and boy.

BBC reported state troopers saying to dispatch, “Initial reports indicate that a polar bear had entered the community and had chased multiple residents. The bear fatally attacked an adult female and juvenile male.”

Fatal polar bear attacks in Alaska are rare, but experts warn that encounters between bears and humans may increase as more ice melts. As the animals’ natural habitats recede, bears may be more likely to move inland, increasing the likelihood of human-bear encounters.

Wales is a small town, mainly consisting of the native Inupiaq people, with around 150 residents. It is located over 1,185 miles (1,907km) northwest of the state capital, Juneau.

Initial reports indicate that multiple residents were chased by the bear before it attacked the two victims, who have yet to be identified by police as family members are still being contacted.

Police and state officials say they will travel to Wales to investigate further once the weather allows.

This tragic incident serves as a reminder of the importance of being prepared and vigilant when living or traveling in polar bear country.