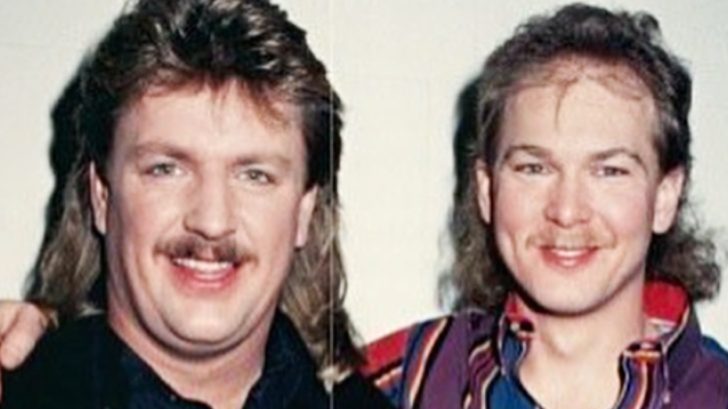 Tracy Lawrence opened up about the loss his friend and fellow country music singer, Joe Diffie.

In an interview with Taste of Country, Lawrence reflected on the timing of his friend’s death. Diffie passed away on March 29, 2020. The country icon died just two days after announcing that he had contracted COVID-19. He was 61 years old.

“I hope he doesn’t fade into obscurity,” Lawrence remarked in response to the timing.

Lawrence and Diffie were both a part of the new wave of country artists that produced hits throughout the ’90s and dominated country airplay. The two singers toured together on the Rockin’ Roadhouse Tour in 2002 along with Mark Chesnutt. On tour, the stars featured hits from across their careers and became close.

“Joe and I were real close,” Lawrence stated in the interview. “We talked every couple of weeks, and had for a long time.”

The songwriter also revealed that he spoke with Diffie just days before he died. In a statement, Lawrence recalled:

“We were trying to figure out how we could help them, and then the next thing I know, he’s in the hospital, and then five days later, he’s dead. It happened so fast.”

Lawrence also expressed that he believed that Diffie should be memorialized. At the time of his death, it was impossible to host a proper funeral. On Instagram, Lawerence expressed his disbelief that so much time had passed since Diffie’s death.

“Hard to believe it’s been a year since Joe’s passing,” he wrote. “I sure miss my friend. We shared a lot of great times together…he was such a talented man and one of my favorite voices in country music. I think of him often.”

For more on Diffie, check out the video below.