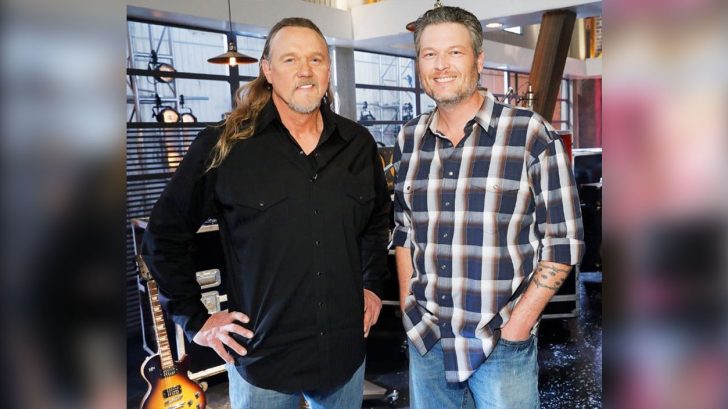 One thing that came as a shock was the fact that all of the celebrities that people assumed would be there weren’t invited. Shelton addressed the issue during an appearance on SiriusXM’s The Highway with radio host Storme Warren. He explained that they opted to keep their wedding small and private, inviting only family and close friends, with no stars in attendance other than The Voice host Carson Daly, who officiated the ceremony.

Fellow country star Trace Adkins however, wasn’t offended at all about the couple wanting to keep their wedding small. In a phone interview with Taste of Country, he revealed that he was one of the few who actually knew about the wedding in advance.

“Oh, yeah. He told me,” he explained. “I mean, he didn’t invite anybody to the wedding.”

Adkins then joked saying, “I probably wouldn’t want to come, anyway, because I didn’t want to witness that woman throw her life away like that. So, I didn’t wanna go, anyway.”

While his humorous response makes sense, it could be that Adkins didn’t want to be at a church with his mind on fishin’.