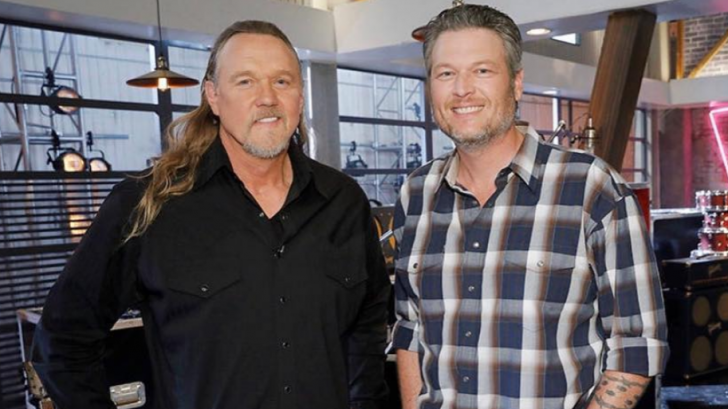 After discover Blake Shelton‘s rather unique cooler while on tour together, Trace Adkins took to Instagram to roast the country singer on the appearance of what Shelton uses to keep his beers cold.

“Blake is supplying the beer for the Narcissists Anonymous meeting tonight,” Adkins captioned the picture of Shelton’s beer cooler covered with pictures of the I’ll Name the Dog’s singer.

Back when Shelton was first given the title by PEOPLE Magazine, Adkins had a lot to say on the matter, joking that he taught him how to be sexy.

“So apparently Blake Shelton is the world’s sexiest man? Well, I suppose. Never did pay much attention, but then again this picture was taken before he learned how to be sexy from me. Congrats, BS you heartthrob,” wrote Adkins on his personal Facebook page.

Shelton invited his longtime friend and former collaborator to join him on his 2018 Country Music Freaks Tour alongside fellow openers Brett Eldredge and Carly Pearce.

@blakeshelton is supplying the beer for the Narcissists Anonymous meeting tonight.