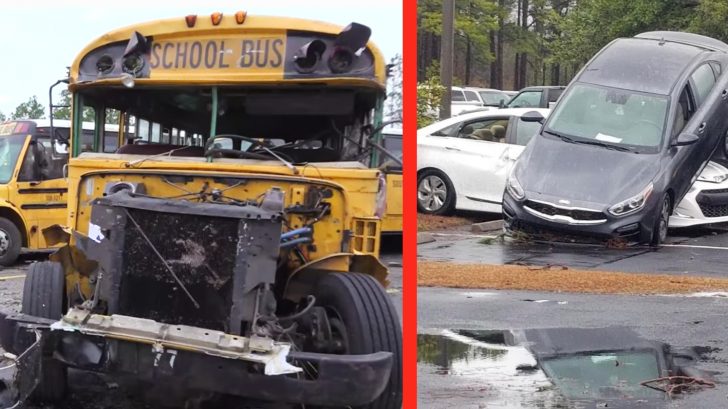 Security camera footage captured the moment an EF-1 tornado ripped through the parking lot of this South Carolina high school and destroyed cars – sending them flying across the lot and flinging debris everywhere.

Just two days before and a stronger EF-2 tornado utterly destroyed a high school campus just over 100 miles away.

WLTX 19 CBS News reports that the tornado touched down at one end of the school campus and lifted after reaching the other side. Fortunately, the tornado occurred when nobody was at the campus on a Saturday night.

Another powerful twister touched down on Monday, January 13th, 2020 just over 100 miles away at Loris High School in Loris, South Carolina.

Luckily nobody was hurt in this tornado either. Watch the full news clip below.