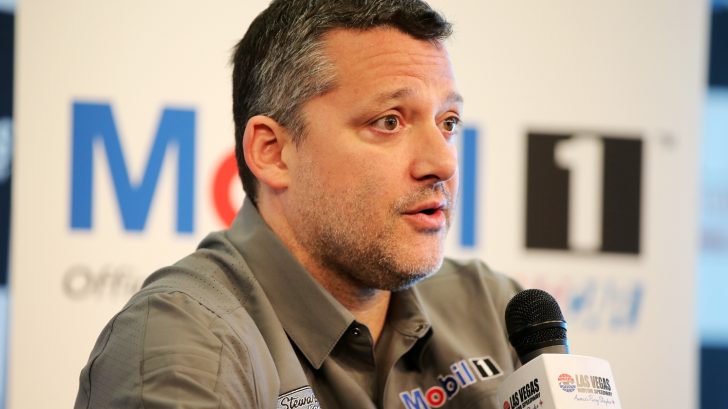 Longtime NASCAR star and former Cup Series racer Tony Stewart has opened up about the four-month-long suspension of driver Kyle Larson and expressed his sincere distaste with how the racing organization has handled it.

Back in April 2020, Larson was officially suspended from NASCAR indefinitely after he used a racial slur during a virtual racing event on a public audio channel.

In the time since his suspension, Larson has made quite the impression after picking up dirt track racing, and one of the folks to take notice has been Tony Stewart himself. Truthfully, Stewart has had his eye on Larson since 2017 when he mentioned he’d like to sign the driver to his team, Stewart-Haas Racing.

Tony Stewart on Kyle Larson: ‘It’s time to let him make it right’ – The Athletic https://t.co/Sd8BOO3GMB

According to an interview with CBS Sports, Stewart expressed his displeasure with NASCAR’s continued suspension of Larson, saying:

“The kid was hot in NASCAR and he was doing a great job. And then he, since his problems, he’s got in a sprint car and absolutely just annihilated the sprint car field. So I think if you gotta pick somebody right now, you gotta pick Kyle Larson.”

“NASCAR has gotta get off their ass and do the right thing and give this kid an opportunity to get back in a car. I think he’s paid his penalty and he’s served the penalty long enough where you know we’ve had similar instances in the sport that have happened and the penalties didn’t last as near as long as this has lasted with Kyle.”

Adding to that, Stewart explains that Larson, his family, and even some of those around him have suffered from his poor decision and he thinks that the punishment should end sooner rather than later.

"I think it's time for NASCAR to get off their ass and do the right thing."

Tony Stewart says Kyle Larson has paid his penalty and wants to see him back in the Cup Series. pic.twitter.com/uQi0dTgDsm

“So I think it’s been long enough. I think it’s time for NASCAR to get off their ass and to do the right thing and allow him to come back to the series now.”

There have been plenty of rumors and talks about Larson joining Stewart-Haas Racing in the past, but it appears that hasn’t materialized quite yet since he’s still suspended from NASCAR as a whole.

Watch the video below with commentary from Eric Estepp about the topic.