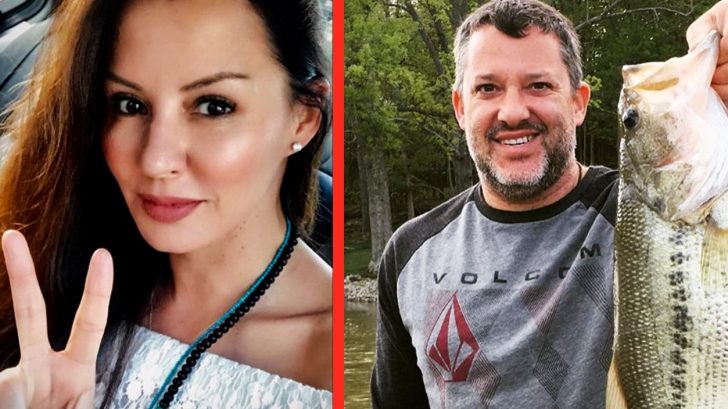 Just over a year and a half after they announced their unexpected engagement on social media, one of the biggest names in NASCAR has quietly revealed that he and his fiancée have gone their separate ways – and explains why they ended things.

In November 2017, on Thanksgiving Day, Tony Stewart shared the thrilling news with fans on social media that his longtime girlfriend and former Playboy Playmate Pennelope Jimenez had gotten engaged. Along with a photo of the massive ring he bought, he simply captioned the photo “She said YES!”

But, in recent months, fans have been wondering what the pair have been up to. Previously very active on social media, Pennelope has all but vanished from the internet – only appearing in various searches alongside Tony with articles covering their engagement from 2017.

Does anyone know the status of Tony and Penelope? Did I miss something?

The last photo posted from Tony Stewart’s social media that included Pennelope was on October 8th, 2018 when he shared a cute photo of the two of them posing closely outside of a restaurant called Dan Tana’s in Hollywood.

Now, months later, their split and the reason for it has surfaced in an interview that was first published on February 16th, 2019 by The Republic.

In this interview with Ted Schultz, the 47-year-old racer and team owner opened up about almost every aspect of his life. From the 2019 Daytona 500, his team’s lineup, and even his love life.

“You got engaged to Pennelope Jimenez in 2017,” Schultz asked the all-star racer. “Where do things stand with that?”

Without missing a beat, Stewart revealed the status of his engagement and cleared the air about what drove them to break up.

“I’m back on the singles market again,” he said, adding “We still talk every day, but just decided we both needed to go different directions.”

To-date, this has been the only confirmation Stewart has made regarding his split from Jimenez and there hasn’t been an explanation for why she seemingly vanished from social media, but we wish they both are well and that they can find happiness.

Check out the podcast session he did with Dale Earnhardt Jr. just a few days after this interview was published below.