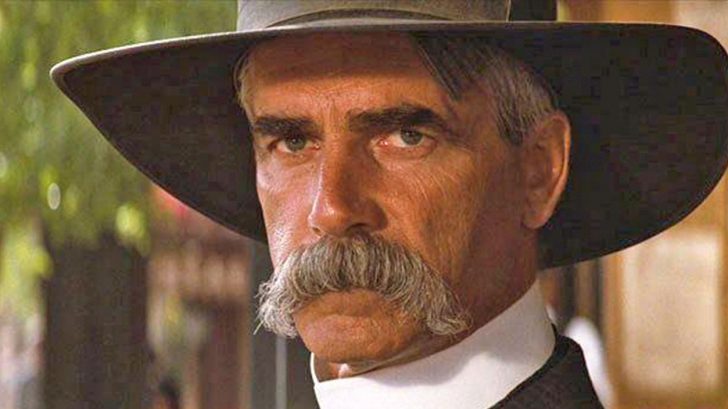 Who would’ve expected to see Wyatt Earp’s brother, Virgil, presenting with Ashton Kutcher at the 53rd ACM Awards to present the Vocal Event of the Year award?

Keeping with the theme of the 25-year retrospect, Tombstone heartthrob, both now and then, appeared on stage and most likely received a standing swoon-vation from fans in tv-land and beyond.

1993 was the year Sam Elliot and brother Wyatt, (Kurt Russell) were forced out of their retirement as outlaws to bring order back to Tombstone, Arizona. He was smooth then and smoother now.

Elliott with his baritone growl and silver sideburns, needed only to open his mouth and utter a few words to remind everyone of his iconic voice.

What do you think of Sam Elliott’s voice? Oh, and Congrats to Carrie Underwood and Keith Urban for winning Vocal Event of the Year!