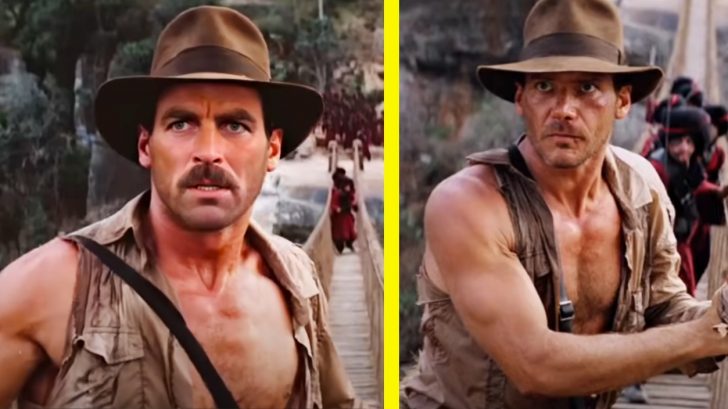 It’s tough to imagine anyone other than Harrison Ford taking on the iconic role of Indiana Jones, but Tom Selleck nearly became the famous explorer, instead.

George Lucas and Steven Spielberg weren’t sure that they wanted to cast Ford after he had already risen to fame as Han Solo in Star Wars. Lucas, especially, was looking for a new and unknown face to take on the role of Indiana Jones.

Selleck was brought into the studio and did a screen test for the title role. He then was offered the part!

At this point, the world was set to see Tom Selleck star as Indiana Jones on the silver screen…but there was just one problem: Selleck had already filmed the pilot for Magnum P.I., and CBS wasn’t about to let him out of his contract.

Spielberg and Lucas tried to make it work, but the longer they tried to get Selleck for the role of Indiana Jones, the harder CBS pushed back against them.

Of sticking with his commitment to Magnum P.I., Selleck has said that he feels he made the right call. Ford was the perfect fit for the Indiana Jones franchise, and Magnum P.I. took Selleck’s career to unimaginable heights.

In the end, Harrison Ford ended up crushing the now-iconic role of Indiana Jones. In 2021, the 78-year-old actor is known around the world for his action films, activism, and environmental work.

Check out this crazy and realistic “deepfake” video of Tom Selleck as Indiana Jones below and let us know!