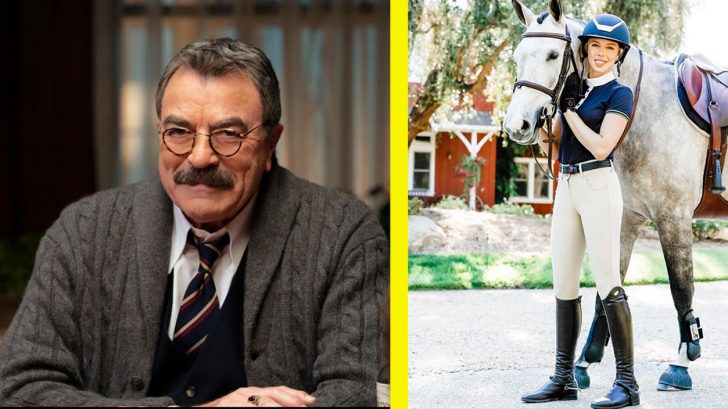 Tom Selleck is known for starring in several films and TV series such as Magnum PI and Blue Bloods. While stardom like his can be difficult to achieve, one of the successful actor’s greatest accomplishments has come from being a husband and father of two.

Selleck was already a father to a 10-year-old son when he met his second wife, Jillie Joan Mack. He saw Mack perform in a London production of Cats in 1986 and the two of them married soon after.

In 1988, the two of them welcomed their only child together, daughter Hannah Margaret Selleck.

After deciding to scale back his acting career to focus on family, Selleck relocated the family to a 65-acre ranch outside of Los Angeles. It was here that Hannah discovered her life’s passion, which was surprisingly not acting.

Today, Hannah is an athlete and model who runs a family business with her famous dad.

At the age of four, she began horseback riding lessons and it became a passion that continued into adulthood. After college, Hannah knew she needed to find a way to sustain her love for competitive riding. After several apprenticeships in the equestrian world, she turned to boutique horse breeding to financially support her show career.

In 2010, she opened up Descanso Farm – her very own horse ranch.

In addition to running the Descanso Farm, she is also a successful model and has been featured on the covers of several equestrian and lifestyle magazines, including Palm Beach Illustrated, Equestrian Living, Horse & Style, Sidelines, and more.