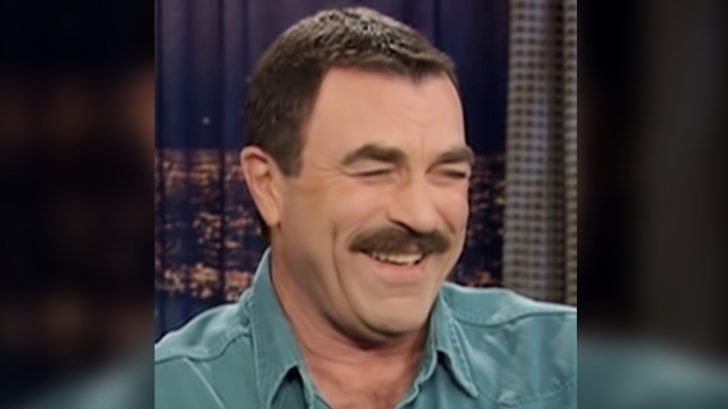 Some of the most wholesome content we’ve seen in the last couple years are photos of people wearing masks with their favorite celebrity on them. And from that content, we’ve enjoyed the folks who have purchased masks making them look like Tom Selleck.

See some of those tweets below.

Broke out Magnum, P.I. for the last day of #DragonCon. (Yes, that's Tom Selleck's real face on the mask if you're wondering. ?)

Tired from working & I didn't wander at night as much as usual, but this was still incredible. Going to miss it. pic.twitter.com/BJM6Jh5Tuy

my grandma is OBSESSED with tom selleck, so my granddad got this tom selleck mask to look more “sexy” for her ? pic.twitter.com/l8bXlUMPVX

My wife got me a mask that's supposed to make me look like I have Tom Selleck's iconic mustache.

Unfortunately once I put it on I realized I look more Super Mario than Magnum PI. At least it made me (and hopefully you) smile! pic.twitter.com/qStVS6eYHY

It seems even Tom Selleck himself has found out about this mustache mask, because he has one of his own! While filming a scene for his longtime CBS television show Blue Bloods, Selleck was sitting at his usual spot, the head of the table. Co-star and New Kids On The Block member Donnie Wahlberg filmed a video showing all his co-stars sitting around the table and finished the video on Selleck, who was wearing a mask bearing his own face and mustache on it!

The video had audio dubbed over it where a woman said, “Who wants to look simple when you can look stunning?”

Fans chimed in in the comments section, with the TV show’s account saying, “Iconic.”

A fan wrote, “His stache deserves its own seat at the dinner table,” while another said, “