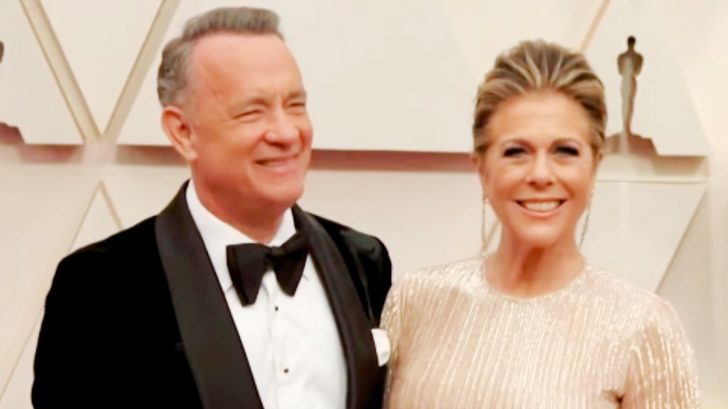 On March 11, actor Tom Hanks revealed that he and his wife, actress/singer Rita Wilson, had both been diagnosed with COVID-19 (coronavirus).

The couple got their diagnosis in Australia, where Tom was set to begin work on Baz Luhrmann’s Elvis Presley biopic. Tom was cast as Elvis’ manager “Colonel” Tom Parker.

In a post on social media, Tom said he and Rita initially felt “like [they] had colds.” He said they were “a bit tired,” were experiencing some body aches, and had “slight fevers.” Rita also dealt with “chills that came and went.”

Hello, folks. @ritawilson and I are down here in Australia. We felt a bit tired, like we had colds, and some body aches. Rita had some chills that came and went. Slight fevers too. To play things right, as is needed in the world right now, we were tested for the Coronavirus, and were found to be positive. Well, now. What to do next? The Medical Officials have protocols that must be followed. We Hanks’ will be tested, observed, and isolated for as long as public health and safety requires. Not much more to it than a one-day-at-a-time approach, no? We’ll keep the world posted and updated. Take care of yourselves! Hanx!

The couple was hospitalized following their diagnosis, and Tom kept his fans updated with a couple of posts from their time in isolation. They were released from the hospital on March 16, and have been in quarantine at a rental home in Queensland ever since.

Until recently, Tom only shared one update since his release from the hospital. In that update, he said he and Rita were finally fever-free one week after testing postive for COVID-19.

But Tom made it clear that he and Rita still weren’t at 100% at that point.

“One week after testing Positive, in self-isolation, the symptoms are much the same,” he said. “No fever but the blahs. Folding the laundry and doing the dishes leads to a nap on the couch.”

Hey folks. Good News: One week after testing Positive, in self-isolation, the symptoms are much the same. No fever but the blahs. Folding the laundry and doing the dishes leads to a nap on the couch. Bad news: My wife @ritawilson has won 6 straight hands of Gin Rummy and leads by 201 points. But I have learned not to spread my Vegemite so thick. I travelled here with a typewriter, one I used to love. We are all in this together. Flatten the curve. Hanx

Tom’s sister, Sandra Hanks Benoiton, spoke to The Daily Mail about her brother’s condition on March 18. At that point, she said he was “…not great, but still OK.”

A few days later, Tom shared an update of his own, and it seems he and Rita are finally doing better.

Tom then encouraged everyone else, sick or not, to follow his and Rita’s examples and self-isolate in order to “flatten the curve.”

“Sheltering in place works like this: You don’t give it to anyone – You don’t get it from anyone. Common sense, no?” he wrote.

Tom ended his message on a hopeful note, writing “…this, too shall pass. We can figure this out.”

We’re happy to hear that Tom and Rita are finally feeling better. We’ll continue to pray for their quick and complete recoveries.

Remember what Tom said, and be sure to stay home unless it’s absolutely essential for you to leave your house. Practice good hand washing, and be sure to keep all workspaces and surfaces sanitary.