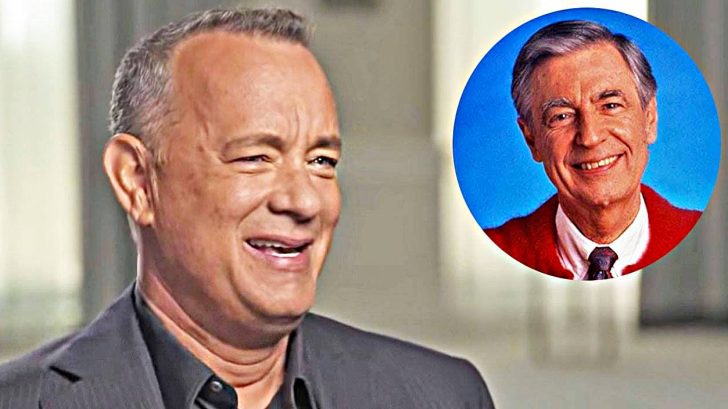 One of Hollywood’s most beloved actors, Tom Hanks has had a whirlwind of a career. From playing the legendary role of Forrest Gump to the powerful position as Captain John. H Miller in Saving Private Ryan, it seems as though there is no part Hanks can’t take on. His latest role is taking him back to the late 60s in the beautiful neighborhood of Pittsburgh.

The award-winning actor will be taking on the part of Mr. Fred Rogers in the upcoming Sony Film A Beautiful Day in the Neighborhood. The chipper story is based on an article formerly written by journalist Tom Junod after meeting Rogers. The pair ended up forming a tight-knit friendship over the course of their lives until Rogers’ death in 2003.

The first photo of #TomHanks as Mr. Rogers was released today and we can't stop smiling! ? |?: Sony Pictures

While Hanks is playing Rogers, actor Matthew Rhys will portray Junod, a magazine reporter who was assigned to the children’s TV show host. Junod will follow Rogers through the trials of life as skepticism rises against him – quickly learning all the beautiful qualities and values Rogers embodies.

The director of the film, Marielle Heller, told Entertainment Weekly,

“[This] movie is…not a biopic. I disliked that when it got announced it was characterized as such. It’s really not.” Heller continues, “It’s a movie that’s largely focused on a reporter and [Mr. Rogers’] relationship to his life, and how [the reporter’s] whole world changes when coming in contact with Fred Rogers.”

To celebrate what would’ve been Mister Roger’s 91st birthday today, Sony released this new image of their upcoming biopic ”A Beautiful Day In The Neighborhood” starring @tomhanks. Let the waterworks begin ???

No one better to perfect the part than Hanks himself! In a newly-released photo, Hanks showcases an uncanny resemblance to the beloved TV personality. Wearing a red cardigan, khaki slacks, a collared white shirt, and black tie, he is the spitting image of Mr. Rogers. Slicked back hair and a warm smile tie the whole feel together as he tosses a shoe in the air.

It’s a beautiful day in the neighborhood for Tom Hanks! The Oscar winner bears a striking resemblance to Mr. Fred Rogers on set of the upcoming film, A Beautiful Day in the Neighborhood. Who else can't wait for this movie to premiere? Tap our bio link to learn more.

A Beautiful Day in the Neighborhood will be coming to theaters Nov. 22, 2019.

“One of the greatest dignities of humankind is that each successive generation is invested in the welfare of each new generation.” – Fred Rogers

Watch the trailer for the movie below.