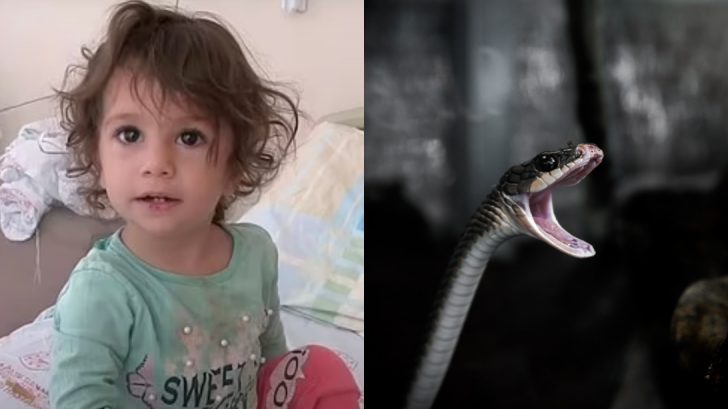 A 2-year-old girl from Turkey got the ultimate revenge on a snake after it bit her on the lip.

According to media reports, screams could be heard by neighbors as the snake bit the little girl. Neighbors rushed to her aid and found her in her backyard with a 20-inch-long snake between the toddler’s teeth. The snake later died of its injuries.

The 2-year-old, known only by her initials S.E.,  was taken to a local children’s hospital where she was treated for her injuries and is reportedly doing well.

It’s unclear what species of snake bit the girl, but at least a dozen venomous snakes are found in Turkey. Children are much more likely to suffere severe reactions to snake bites due to their small body size. Authorities suspect that the snake involved in this incident wasn’t venomous due to the child’s quick recovery.

“Our neighbors have told me that the snake was in the hand of my child, she was playing with it and then it bit her. Then she has bitten the snake back as a reaction.”

According to WHO, snake bites are responsible for roughly 81,000 deaths in the world each year. Nearly triple the amount of victims undergo amputations and suffer other permanent disabilities due to bites. Most of these incidents occur in Africa, Asia and Latin America.