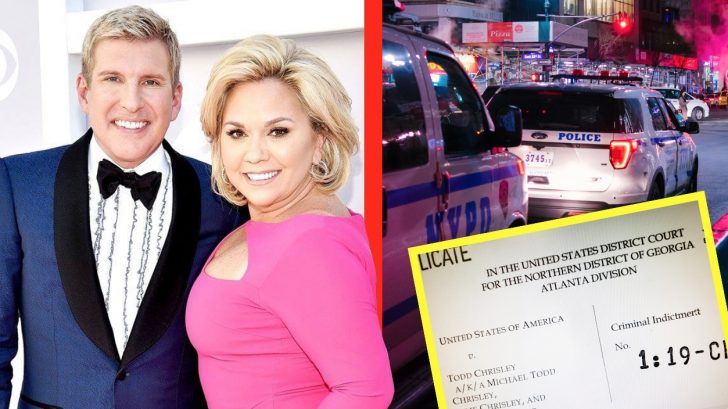 Just hours after news broke that reality television stars and wealthy real estate moguls Todd and Julie Chrisley were indicted by a federal grand jury for a series of charges related to fraud – the couple is in custody of the FBI after turning themselves in.

Todd and Julie Chrisley are best-known for their starring roles in their reality show Chrisley Knows Best – where they show the inner workings of their busy Southern lives. Todd made a fortune in the real estate industry and now his family benefits from all the hard work he put in and they’re able to live a life most can only dream of.

The show has often shown off their opulent homes and vast wealth in many different ways – but, it appears that the U.S. Attorney’s office believes much of this continued wealth was generated illegally.

In an announcement on Tuesday, August 13th, 2019 – the U.S. Attorney of the Northern District of Georgia revealed the indictment against the Chrisley pair.

Reporter Nicole Carr of WSBTV tweeted out that the pair had arrived at the FBI in Atlanta earlier in the day.

“Todd and Julie Chrisley have turned themselves into the FBI. They came to Atlanta to turn in this morning. Will appear in federal court today for first appearance.”

According to Carr’s other tweets and messages, the US Attorney stated that the Chrisleys were not reporting their massive reality tv show salaries to the IRS and their accountant was falsifying documents…

We will keep you updated with this story as it develops.