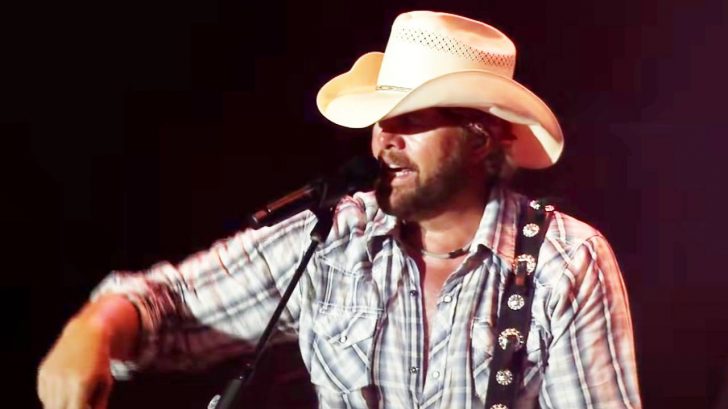 On June 12, country legend Toby Keith announced that he was diagnosed with stomach cancer last fall. He revealed that for he has been receiving “chemo, radiation and surgery” for the last six months.

Keith also wrote, “I need time to breathe, recover and relax. I am looking forward to spending this time with my family. But I will see the fans sooner than later.”

See his full statement below.

While he did say he’d see the fans sooner rather than later, he didn’t specify what that actually means. But one day after he revealed his diagnosis, we now do.

He has cancelled all of his upcoming performances including his Friday, June 17th performance at Naperville’s Ribfest and his July 28th show at the Ohio State Fair.

Our hearts go out to Toby Keith as he courageously battles cancer. Tickets purchased from Ticketmaster for his #ohiostatefair show on July 28, which has been cancelled, will be automatically refunded. Any information about an alternate concert on July 28 is forthcoming. https://t.co/Qi7rl0UagL

Other cancelled performances include the Prior Lake Festival on July 9, the York State Fair on July 29th, and the Wisconsin State Fair on Aug. 4. Additionally, the “tour” section on his website, which once had several performances lined up for the year, is now blank.

On Tuesday (June 14), Keith took to social media to thank his fans for their outpouring of love and support.

He wrote, “Thank you for all your love and support. I have the best fans in the world. – T”

Thank you for all your love and support. I have the best fans in the world. – T

Our thoughts and prayers are with Toby as he fights this!