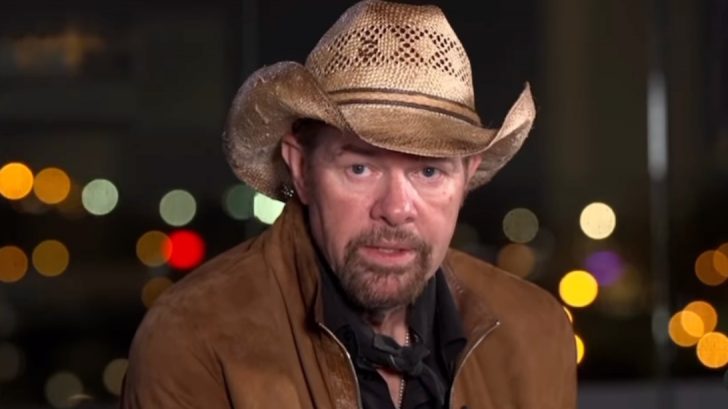 It’s been a year since Toby Keith was diagnosed with stomach cancer and the singer recently shared an update on his health and his hopes for the future.

In a recent interview with CMT Hot 20 Countdown’s Cody Alan, his first interview since his cancer diagnosis in the fall of 2021, Toby Keith opened up about what he’s been through in the last year. The “How Do You Like Me Now” singer told Cody Alan that he has hopes of returning to the stage.

“I’m thinking about…I’m thinking about getting back to fightin’ shape. I need a little bit of time to just rest up and heal up,” the 61-year-old said. “It’s pretty debilitating to have to go through all that, but as long as everything stays hunky-dory, then we’ll look at something good in the future.”

Keith canceled all of his concerts after announcing his cancer diagnosis in June. He shared the news on social media with a post that read, “Last fall I was diagnosed with stomach cancer. I’ve spent the last 6 months receiving chemo, radiation and surgery. So far, so good. I need time to breathe, recover and relax. I am looking forward to spending this time with my family. But I will see the fans sooner than later. I can’t wait. -T”

Toby Keith made his first return to the stage with a surprise performance at Jeff Ruby’s Steakhouse in Lexington, Kentucky, on November 4th.

The singer was in town for the Breeders’ Cup and was eating at the steakhouse with friends when he the owner insisted that he join him on stage to sing.

“I told [Jeff Ruby], ‘I think I’m just gonna sit here with my friends,'” Keith recalled. “Finally, late in the night he came over and said, ‘Look, everybody in here is wanting you to go up.'”

Toby eventually gave in to the pressure and took the stage to sing with Ruby and perform some songs on his own. It was the first time Keith had performed since his cancer diagnosis and he told Cody Alan that he was happy with how it went.

“It’s really nice to see if you have any power in vocals left. And we did alright,” Toby said.

Friday night, Toby Keith took the stage at Jeff Ruby’s and sang for a hour. He has been battling cancer and it was the first time he has performed in a year

It was very cool and he did a great job. Here is part of a duet he did with Jeff Ruby himself pic.twitter.com/T0cYXJZXeB

See Toby Keith’s interview with Cody Alan in the video below.