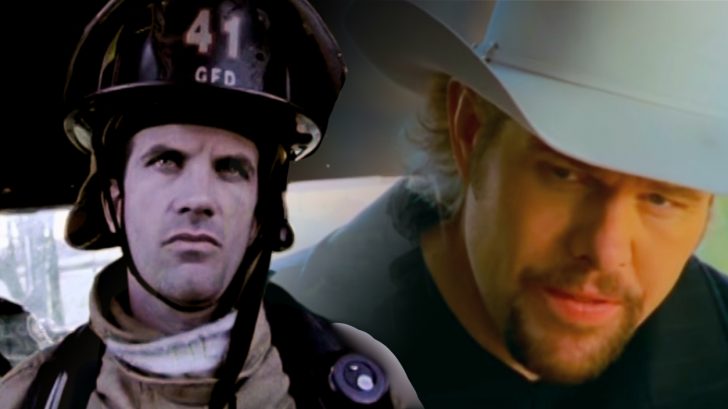 Whenever people think about country music in connection to the 9/11 terrorist attacks, Toby Keith‘s “Courtesy of the Red, White and Blue” is one of the first songs that comes up. But it actually wasn’t the first song he released in response to them.

As the 11th track on Keith’s August 2001 album Pull My Chain, “My List” was actually written and recorded prior to the 9/11 attacks. Therefore, the song itself didn’t serve as Keith’s way of reacting to the attacks. In fact, he didn’t even write it (that credit goes to Tim James and Rand Bishop).

Considering the song’s message of taking time out of your busy life to treasure moments with the people you love, it makes sense why Keith chose to release it as his first single following 9/11.

Although the song was a multi-week number one, Keith explained in an interview with The Morning Call that it didn’t sell as well as his other songs. But he said the sales weren’t what mattered when it came to “My List.”

“So it’s more about the impact of the song with the people than it is the chart,” Keith said.

It was the song’s music video that perhaps made the greatest impact of all.

With the events of 9/11 still weighing heavy on everyone’s minds, Keith decided to dedicate the video to the fearless first responders who jumped into action on that tragic day and the ones that followed.

The video opens with a man and his wife watching the news in horror as footage from the 9/11 attacks plays on the screen. It’s not until much later we learn the man is a firefighter, and the end of the video shows him suiting up to respond to a call.

The end of the video features a direct dedication to all first responders, not just those who responded to the 9/11 attacks. It reads, “Dedicated to those who protect and serve America every day.”

Just a year later, Keith released a song dedicated to more American heroes. This one, titled “American Soldier,” serves as Keith’s personal tribute to the men and women who serve in the U.S. military.

Like “My List,” Keith’s “American Soldier” is written in a way that tugs at your heart. You can watch its equally emotional music video below.

To all who serve our country in any capacity, thank you.