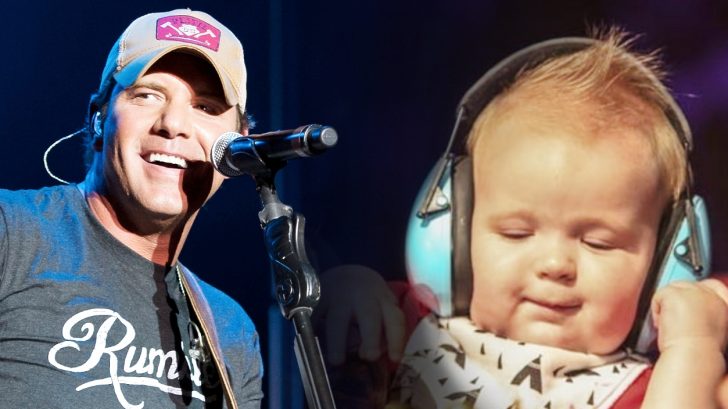 American country music star, Rodney Atkins has captivated fans with his songs about faith, family, and love for a little over two decades now. Now, it is his kids who are stealing the show and making hearts melt with their adorable antics.

On top of being one of country music’s biggest stars, Atkins is also a huge family man and a proud father of two boys and stepfather to two girls. Atkins’ first son inspired a few of his famous family hits like the rough-and-tumble “He’s Mine” that digs into the relationship between a father and son. Atkins’ own father even makes a special appearance in the video!

In Atkins’ upbeat song about fatherhood, “Watching You,” he was once again inspired by his own experiences and his eldest son, Elijah was cast in the film as the little boy. Eating a Happy Meal and hanging out with his old man – Elijah seems to have it made in the music video.

Since the videos were released, Atkins has added another member to the family – Ryder. Atkins has posted some adorable photos of the brothers together and while Elijah, or “Little Bear” as he his lovingly known, is now a teen – he still is growing and making time for the family.

Just like big brother, Ryder is definitely watching and learning from dad. He is already hanging out with mom, Rose Falcon on stage for Dad’s concerts.

Family traditions! Love having Ryder and Rose up on that stage with me.

And don’t forget that baby Ryder loves Atkins’ music. During a backstage jam session at the Opry, Ryder was dancing and bopping along to dad’s new song “Caught Up In The Country.”

The little tike has drumstick in his hand and is tapping away with the beat. Looks like Ryder might be following in his father’s footsteps!

You can watch the full video below and be sure to let us know what you think in the comments!