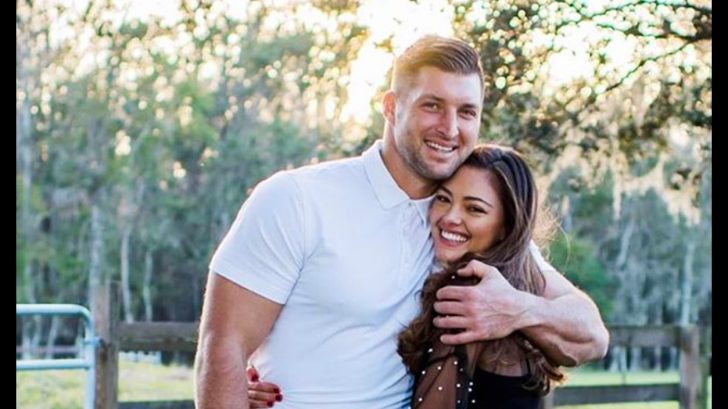 After dating for less than a year, this famous faithful football star is taking his relationship to the next level with girlfriend Miss Universe 2017, Demi-Leigh Nel-Peters.

Tim Tebow has been an American favorite for years and while he’s dated off and on, he’s never gotten this serious about a girlfriend before. Now, we can officially call her his fiancee!

Hope everyone has a wonderful and blessed Christmas. ❤️❤️❤️

On Thursday, January 10th, 2019, Tim Tebow officially took Miss Universe off the market and the Heisman winner revealed to the public that he was off the market as well!

Tebow, who is currently looking to continue his career as a baseball player with the New York Mets has been known for his impressive results as a sports star – and even more well-known due to his outspoken faith.

When your present sees your past, and you dream about the future! @demileighnp #tbt

Nel-Peters is a South African model and beauty pageant winner who rose to worldwide fame when she claimed the title of Miss Universe 2017.

It was during her world tour as Miss Universe that she and Tebow first met, and she thanked him for his support during her farewell speech at the conclusion of the Miss Universe 2018 event.

Since they got together in the early summer, Tebow and Nel-Peters have spent a great deal of time together and even visited each other’s family throughout the holiday season.

Now, Tebow has dropped to one knee to ask her the biggest question of his life – and she said yes!

Check out the stunning engagement photos from these two superstars below and share your well-wishes in the comments! (Swipe through the photos to see the ring.)

@demileighnp Thank you for saying YES and making me the happiest man in the world. You’re the love of my life, and I can’t wait to spend the rest of my life with you. • • [email protected]