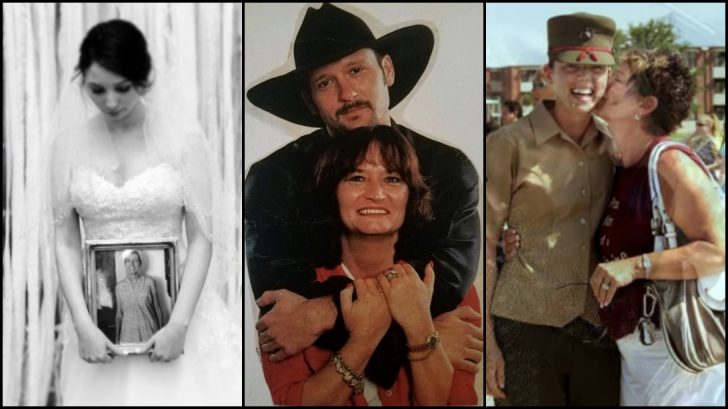 With the help of his fans, Tim McGraw released the music video for his single, “I Called Mama.” The touching video was released on May 26, 2020, and features clips and photos submitted by the singer’s fans and serves as a tribute to McGraw’s own mom, Betty Trimble, his wife, Faith Hill, and moms everywhere.

53-year-old McGraw said he “fell apart” the first time he heard and it struggled to get through the song when performing it for his wife the first time.

“When I tried to sing it, every time I got to the chorus when it got to the ‘I Called Mama’ line, I fell apart and I couldn’t sing the song because I would just start crying,” McGraw said. “That’s when I knew I needed to cut it and see how it was going to turn out.”

Tim McGraw shares a special relationship with his own mom and reflected on the impact she had on his life and music career after the song’s Mother’s Day week release.

“I probably would have never moved to Nashville [if it wasn’t for my mom],” McGraw told CNN. “I called my mom and told her I was going to quit college and move to Nashville. It was a tough call because I was scared to death, because I knew how bad she wanted me to go to college and how much she wanted me to make a success of my life… and she said, ‘I’m surprised you haven’t already.’ When she told me that, it was a vote of confidence to sell everything I had and get on a greyhound bus and go to Nashville. You don’t want to let your mom down.“

McGraw released a lyric video for “I Called Mama” in early May 2020 and it featured intimate photos and videos of his own family, including his mom and Faith Hill.

The singer shared a screenshot of a touching exchange between him and his mom after she saw the lyric video she was featured in.

“So does this mean I’m a movie star,” she texted him with a laughing emoji. He responded, “Lol You’ve always been a movie star to me.”

My mama saw the lyric video yesterday and sent me this. #ICALLEDMAMA

“No matter if your mom is still around or not, or if you are married or have kids or have children that call you…. I hope this song can give you a moment of clarity or comfort, or just a smile,” McGraw said in another message for his fans.

See Tim McGraw’s video for “I Called Mama” below.