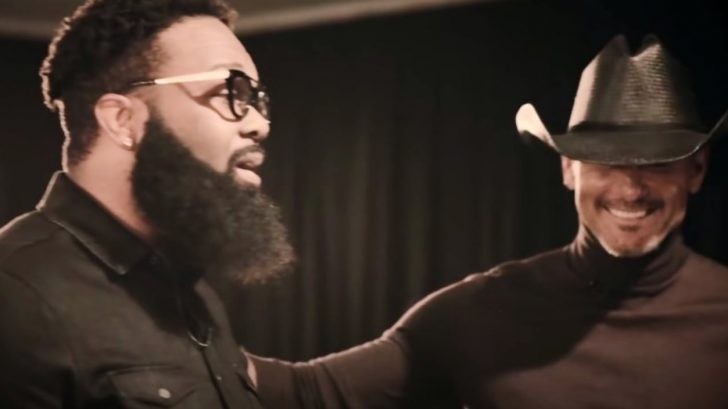 On August 31, “The Git Up” singer Blanco Brown was involved in a head-on collison while riding his motorcycle.

His label, BBR Music Group, released a statement about the crash and Brown’s condition. According to the label, he sustained “significant injuries” and was in the ICU.

BBR Music Group’s statement, as cited by The Boot, reads:

“BBR Music Group’s beloved Blanco Brown, the artist behind 2019’s worldwide viral smash “The Git Up” and current hit “Just The Way” was involved in a head-on collision Monday night near his home in Atlanta, Ga. The accomplished writer, vocalist and Grammy-nominated producer suffered significant injuries and was transported to a local hospital where he underwent a 12-hour surgery to address those traumas. Additional surgeries are expected as he currently rests in the ICU. Blanco, his family and his friends ask for your prayers during this time.

BBR Music Group/BMG asks that any inquires be directed to the label out of respect for Blanco and his family’s privacy during this difficult time.”

Sending thoughts and prayers to our good friend Blanco Brown today. Blanco was involved in a car crash Monday night near his home in Atlanta, GA, and was transported to a local hospital. His family and friends are asking for prayers as he recovers. ❤️ pic.twitter.com/mbmWzbVASZ

Many celebrities took to social media to share their prayers and well-wishes for Brown. One of those celebrities was Tim McGraw.

McGraw and Brown got together in Australia in 2019. The two hung out backstage at one of McGraw’s shows, and sang his 1994 single, “Don’t Take the Girl.”

When McGraw shared their performance on YouTube, he wrote in the video’s description why he and Brown landed on that song for their collaboration. As McGraw explained:

“I saw a story recently about Blanco Brown growing up in Atlanta, spending summers in the country with his mom and aunty. He mentioned that “Don’t Take The Girl” was one of the first country songs he was turned on to. When I heard our paths were finally gonna cross in Australia, I reached out…and this is how it went…. I’m a fan.“

In addition to being a fan of Brown’s, McGraw now considers him to be a friend. When he heard about Brown’s accident, he made a post on social media to let him know he was keeping him in his prayers.

Lifting up so many prayers for my talented friend @blancobrown who’s in the ICU.  Got to hang out with him in Australia last year.. What a kind soul.  ??

“Lifting up so many prayers for my talented friend @blancobrown who’s in the ICU.  Got to hang out with him in Australia last year.. What a kind soul,” Tim wrote.

Look below to see the performance that resulted out of McGraw and Brown’s meeting in Australia last year. What a special moment to have caught on film!

We too, join McGraw in praying for Brown’s quick and complete recovery.