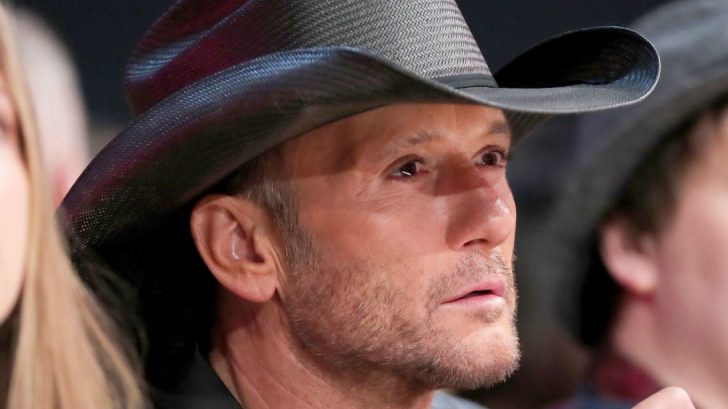 Over the years numerous celebrities have wiped their social media clean for various reasons. For some it was to promote new music. Others wanted to start fresh after a breakup or life changing event.

Country star Tim McGraw is the latest celebrity to purge all of his social media accounts. Profile photos and posts have been removed from McGraw’s Facebook, Twitter and Instagram accounts. The only thing remaining is one lone post on Twitter that reads “I need Jesus or I need whiskey.”

I need Jesus or I need whiskey

The move has his millions of fans confused and somewhat concerned as it seems to be out of character for the “Don’t Take the Girl” singer.

Jesus is a much better high, Tim. Prayers for you!

Rumor has it that McGraw is set to release his latest single titled “Neon Church” to country radio on October 4th. The quote “I need Jesus or I need whiskey” is likely a lyric from the new single. 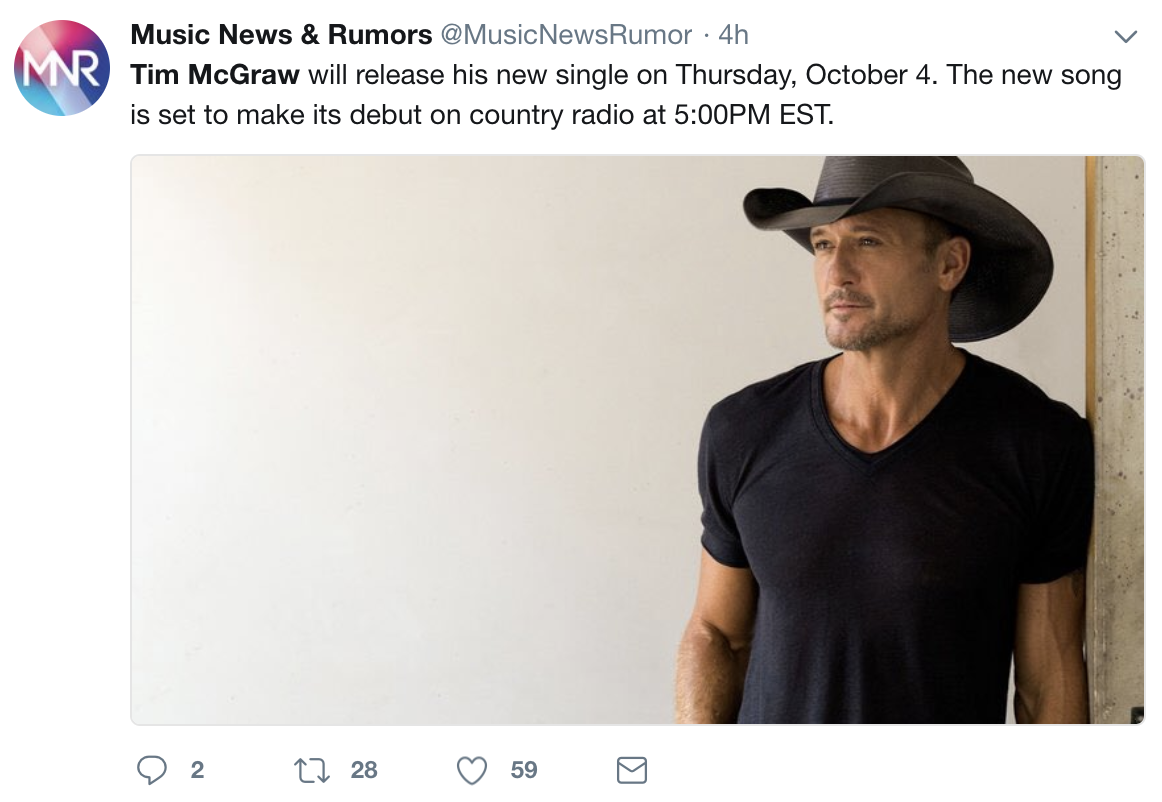 McGraw and his camp have yet to confirm rumors of new music, but with only a few days until October 4th, we’ll know soon enough.

Earlier this year, Kane Brown mysteriously deleted his Instagram account and received a similar reaction from fans. Brown admitted several days later that the move was a clever ploy to get people talking about his new music.

“[I deleted it] just to get people to kind of talk about it a little bit, at least my fans,” the singer explained to ET in April.

The plan seemed to work for Brown, so could it be that some of country music’s legends, such as McGraw, are taking cues from the new generation? Only time will tell.