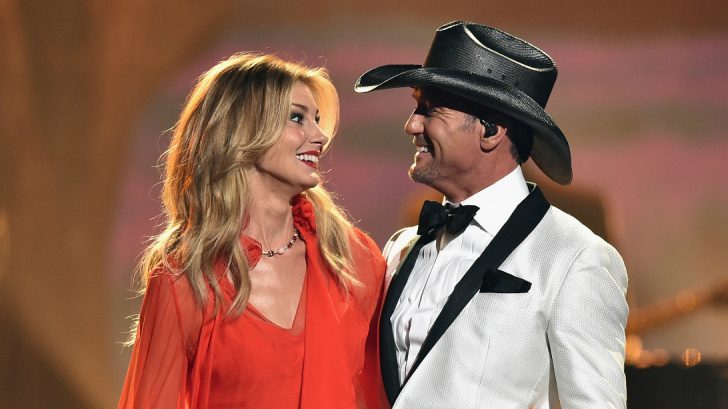 For more than 20 years, Tim McGraw and Faith Hill have been one of country music’s most beloved couples. In part because their chemistry appears to be as strong on stage as off.

hangin wit my girl… in our favorite place

Happy Birthday to my one and only❤️❤️❤️. You give good smooch face???. I love you!

But, it’s their joint tour that perhaps gives fans the biggest glimpse into their relationship. The husband-wife team are currently in the middle of their Soul2Soul: The World Tour. Even though it’s their third tour together, and their first since 2007, their chemistry hasn’t waned.

During a recent concert stop in Atlanta, one fan got a close of view of Tim and Faith as they performed their Grammy nominated hit “It’s Your Love.” During the performance, the pair act as if they’re the only ones in the stadium as they gaze into each other’s eyes and sing the familiar lyrics. Tim, donning his signature black jeans, t-shirt, and hat, sings to Faith who was looking fabulous in a super-mini sequined dress. Roughly halfway through the song, Tim puts his arm around her and turns to the crowd as they continue to sing.

As the song continues, Tim can’t seem to keep his hands off of his wife, but she nicely removes his hand from her waist more than once. The song concludes and the crowd erupts with applause. As the couple make their way off stage, Tim gets the last say with a playful pat on her backside. Check it out in the video below.