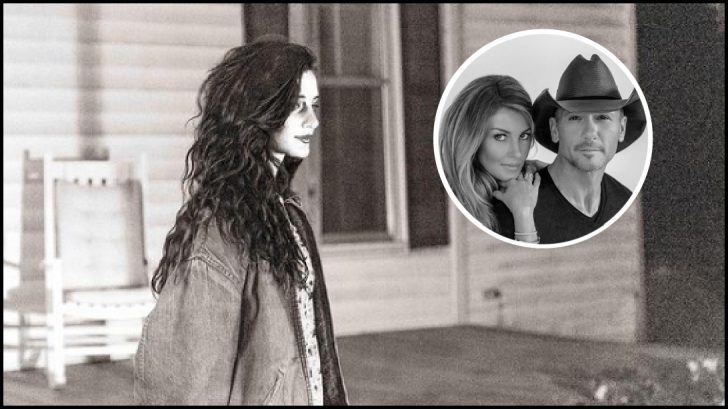 The decision wasn’t an easy one for Tim and Faith as they generally keep their kids out of the spotlight as much as possible. But, according to Tim, the more he thought about putting Audrey in this role, the more perfect it seemed.

“This is sort of the first time that we’ve stuck Audrey out there in the middle of a video and you guys suggested it!” he said in a YouTube video. “But then when I kept reading the treatment … she was the only person I could think of.”

Tim ran the idea by his wife, whom he affectionately calls “the boss” and she agreed.

“Typically, for the kids, we haven’t really put them out there in these sort of situations. But the more Faith and I talked about it and really started digging into it, we realized how much it made sense to us and our family and our beliefs, and how we want our daughters to be represented,” he added.

Prior to the music video’s release on Friday, Tim shared a post discussing how difficult it was for him to watch Audrey’s kissing scenes.

“I’m not calling that a make-out scene,” he says. “That’s just a nice little peck on the cheek after a date….I tried to yell ‘cut’ but I didn’t get there quick enough. I’m not gonna beat him up. I guess I’ll let him slide on this one. It’s not easy for a dad to watch.”

Audrey McGraw crushed her acting debut and had fans doing a double-take as she so strongly resembles her famous mom. See Audrey’s full acting debut in the music video for “7500 OBO” below.