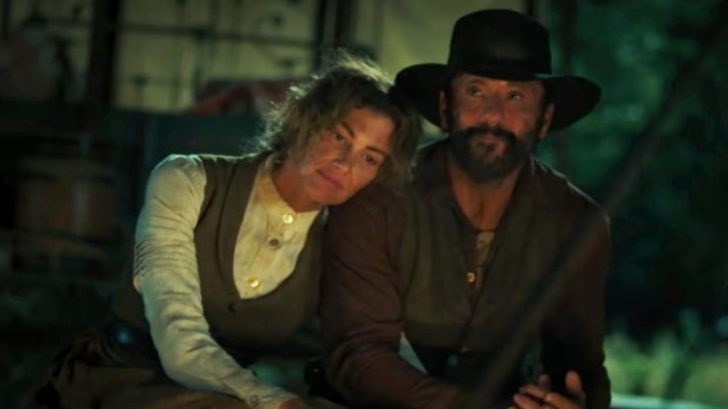 For months, Yellowstone fans have anxiously been awaiting the debut of its prequel series, 1883. The show will premiere on Paramount+ on Sunday, December 19, featuring Tim McGraw, Faith Hill, and Sam Elliott in some of the main roles.

McGraw and Hill play James and Margaret Dutton, the patriarch and matriarch of Yellowstone‘s Dutton family. They are the great-grandparents of Yellowstone‘s main character John Dutton (played by Kevin Costner).

1883 follows James and Margaret’s journey from Texas to Montana. The show’s trailers have made it clear they will face many challenges along the way.

Since McGraw and Hill are most well-known for their country music careers, fans have understandably wondered if they’ll sing in 1883. McGraw answered that question during an interview with Taste of Country.

Surprisingly, McGraw said he and Hill do not sing in 1883. In fact, he said the idea of singing in the show was “not even on [their] radar.”

McGraw explained that 1883 is more “about an epic score, not so much songs or anything like that.” He also said his character, James, is “not an artistic guy,” so it wouldn’t make sense for him to break out into a well-crafted song.

“We’re not gonna turn it into a Broadway play,” he said. “My character, James, I can’t imagine him ever singing a note.”

But those who were hoping to hear some good cowboy tunes from McGraw may still get their wish. He said the show has inspired him to write some new songs.

“..it’s inspired me to write songs that have a theme that sometimes revolve around some of the things that happen on the show…” McGraw said.

So even though McGraw and Hill don’t sing in 1883, we may get to hear some songs that were inspired by the series. We’ll take that!

McGraw did release a new rendition of his #1 hit “The Cowboy in Me,” which was featured in a recent episode of the main Yellowstone series. You can enjoy that new recording below.