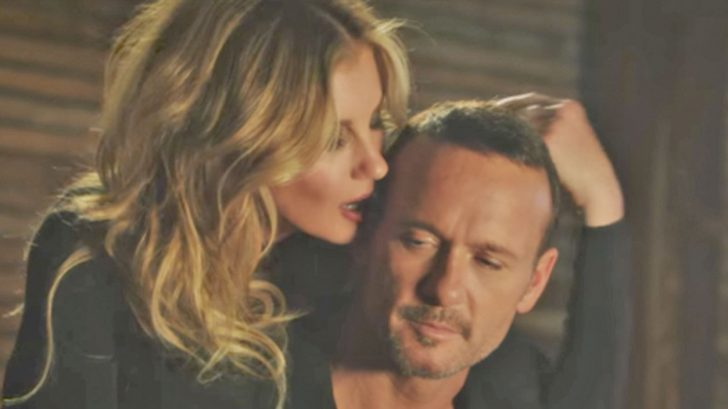 One of country music’s power couples has teamed up quite a few times throughout their careers, but some have called their single, “Speak To A Girl,” their best duet yet. It is the first single from Tim McGraw and Faith Hill’s first joint album The Rest of Our Life and was penned by Shy Carter, Dave Gibson, and Joe Sparger. The couple produced it along with Byron Gillmore.

I can’t believe this is our first album together… Tim and I are so proud of this record and we can’t wait for you to hear it. #therestofourlife https://t.co/T5Iu8ur0oG pic.twitter.com/3EpZ3YZpQo

“‘Speak to a Girl,’ the first time I heard it…First of all, it was simply just a great song,” Faith told B104. “I connected to it lyrically, melodically, everything.”

They debuted the tune at the ACM Awards in April 2017, and because it was so well-received by the audience, Hill leapt into McGraw’s arms following the performance in excitement.

They took the song, as well as the rest of their catalog, on tour with them for their Soul2Soul World Tour. After teasing the video for a few weeks on social media, the couple finally announced the arrival for the video, which may be their sexiest work yet.

The video shows McGraw and Hill cuddling on a couch, leaning up against a wall, and getting awfully cozy singing to each other. They exchange kisses throughout the video as well as rub each other’s backs and chests.

Watch their steamy music video below!