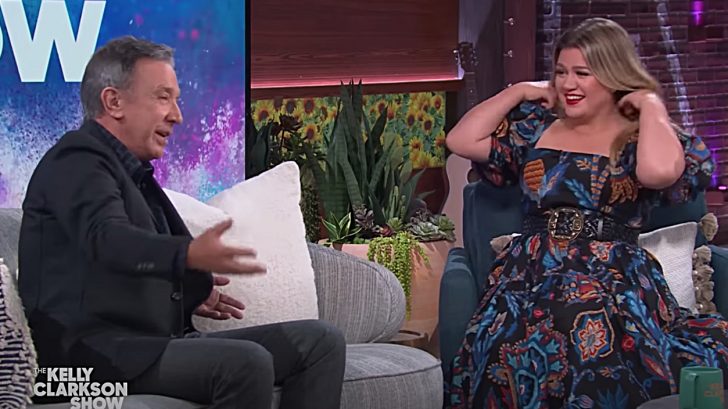 Tim Allen was on The Kelly Clarkson Show when he opened up to Clarkson about what it’s been like caring for his mother who is aging and has now moved into an assisted living home.

While Allen was explaining that he moved his mom into a “condo,” Clarkson busted out laughing saying that she loved how he says that he moved her into a condo.

“The only way I could get her in it is I said, ‘think of it as a condo.’ And her whole demeanor says, ‘oh like in Florida or something.’ Yeah, that would be it but it’s in mid-Michigan but yeah, consider it a condo in Florida,” he explained to Clarkson.

Clarkson chimed in that it was good because they will take care of her and play games with her and then went on to ask Allen if he feels like it was his turn to take care of his parents now.

Allen also added that he is lucky that he has so many siblings to take care of her because he has a lot of friends who are taking care of their parents on their own and it’s difficult.

He then talked about how he and his mother got into a small negative situation where they were not getting along due to her aging and it’s quite funny. Take a look at what he says about it in the video below.

Allen Explains Everything To Clarkson In The Video Below