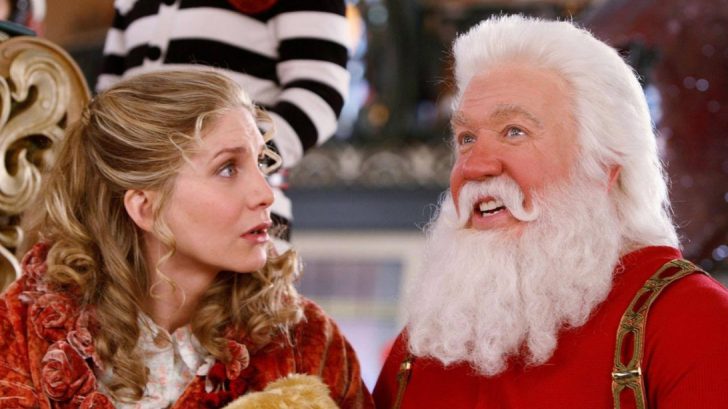 Tim Allen is coming back to tv just in time for the holidays! The “Home Improvement” actor will be reprising the role of Santa Clause for a new mini series that will air on Disney+ during the holiday season.

Enjoy a first look at the #DisneyPlus Original series #TheSantaClauses in celebration of #HalfwayToTheHolidays. ?✨ pic.twitter.com/MkOsfSjnsX

Allen first starred as Saint Nick in the Santa Clause movie trilogy that premiered in 1994. Allen played Scott Calvin, a businessman who inherits Santa’s responsibilities after the man in red dies after falling from a rooftop. Allen’s character is on the search for a Mrs. Clause in the movie franchise’s second film, and battles it out with Jack Frost to protect the North Pole in the third installment.

The new streaming series called “The Santa Clauses” picks up near Santa’s 65th birthday as he finds his Santa magic waning. Santa is on the hunt for a replacement while also preparing his family for life away from the North Pole.

“In the series, Scott has two children Cal and Sandra who have spent their entire lives living at the North Pole. Cal will be played by Austin Kane and Tim Allen’s real-life daughter Elizabeth Allen Dick will play Sandra,” per Movie Web. “In addition, Kal Penn, best known for his role in Designated Survivor, will play Simon Choski, a single father who visits the North Pole with his daughter Grace (Rupali Redd). Santa will also have two new elves by his side, Noel played by Devin Bright and Betty played by Matilda Lawler.”

Filming kicked off in March, and so far no release date has been announced.

In addition to his portrayal of Santa Clause, Tim Allen is also known for his roles as Tim “The Tool Man” Taylor in Home Improvement (1991-1999), Mike Baxter in Last Man Standing (2011-2021), and as the voice of Buzz Lightyear in the Toy Story franchise.

Hear Tim Allen share behind-the-scenes secrets on the set of The Santa Clause in the video below.