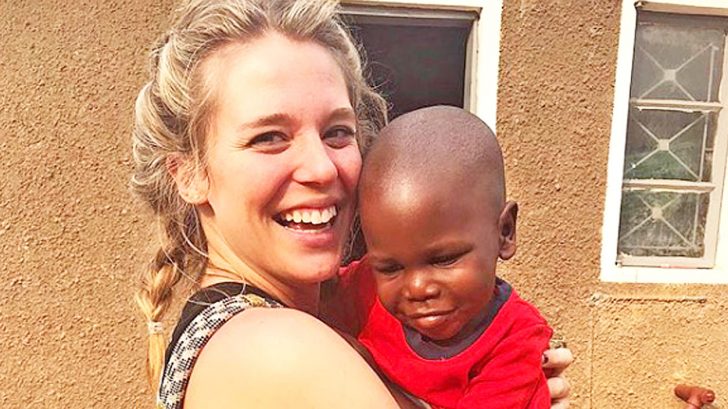 Thomas Rhett‘s wife, Lauren Akins, has devoted a large portion of her life to caring for those in need. As a nurse, Lauren has traveled around the world with the Christian organization 147 Million Orphans in order to provide medical care, nourishment, and love to the orphans she meets.

It was through her work with 147 Million Orphans that Lauren met her future daughter, Willa Gray. Lauren formed an instant bond with the little girl, and when Thomas saw her picture he knew they had to adopt her.

The two secretly started going through the adoption process, but Lauren never tried to hide her love for Willa. Going back through her Instagram, you can see countless photos that she shared with her future daughter, long before anyone knew she was adopting her.

Following a long adoption process, Thomas and Lauren finally got to bring Willa home in May 2017. Lauren was pregnant at the time, and gave birth to another daughter, Ada James, in August.

After taking several months to spend with her new family, Lauren recently returned to Uganda to continue her work with 147 Million Orphans. In one post, she wrote how “weird” it felt to be back there without having Willa with her.

But Lauren has already developed a close bond with some of the other orphans she has met, including one boy named Frances. Lauren shared the little boy’s sad story in a post she made to Instagram, which also included a series of photos.

Lauren said that when the 147 Million Orphans team found Frances he weighed only 12 pounds, even though he was almost five years old. He was extremely malnourished, and with no living family members, he had no one to take care of him.

“The community would put cassava root in a little bowl and he just sat there in the dirt with jiggers eating up his fingernails, no clothes and barely anything to eat,” Lauren wrote.

Once the 147 Million Orphans Team found Frances, they took him to the hospital so he could receive the medical care he desperately needed. Later, they brought him to their brand-new reclaim center, and have helped nourish him back to health.

“TODAY he’s not even the same child, thank you Jesus…now he has clothes, his fingernails are almost completely healed, and he has yummy healthy food and water, medicine, education and shelter,” Lauren wrote.

You can read more about Frances’ story and see the photos Lauren had to share of him by looking at her post below. Just to warn you, there are some photos of Frances when he was first found by 147 Million Orphans, and they may be hard for some to see. But as Lauren said, “it was his reality.”

So this is sweet little Frances. And if you scroll through these pics **WARNING some of them are hard to look at-but it was his reality** he was found by our @147millionorphans ground team in Masindi, Uganda. He is a total orphan, meaning no living relatives, he weighed about 12 pounds-yet he’s about 5 years old. The reason he looked like he did is because of complete malnourishment, he had no one to care for him. The community would put cassava root in a little bowl and he just sat there in the dirt with jiggers eating up his fingernails, no clothes and barely anything to eat. Enoch, on our 147 team, took him to the hospital then brought him to our new 147 Million Orphans Reclaim Center. He cried when anyone touched him, and he cried when they tried to put clothes on him because he wasn’t used to any loving human touch. He had no idea how to accept it. Oh my goodness. TODAY he’s not even the same child, thank you Jesus. He loves to be loved now not only from Ugandans but mzungus (white people) too ?? now he has clothes, his fingernails are almost completely healed, and he has yummy healthy food and water, medicine, education and shelter-all of this provided by @147millionorphans in Jesus’ name ??? y’all he’s the most precious little boy and there are many more just like him. So many of y’all ask me how to help. A huge way to help is by donating to @147millionorphans and giving children like little Frances a chance at a new life? I held him the last day we were there and he fell asleep on me, we ate some snacks, we sang songs, we played & laughed and when I held him he held on to me so tight??? so thankful Jesus brought us to him and I cannot wait to watch him grow! Stay tuned for more pics of the little sweeties at our reclaim center 🙂

Lauren said she can’t wait to watch Frances grow up, and we feel the same. We look forward to seeing her share more photos of him in the future!

Reading stuff like this from Lauren, it’s clear to us why Thomas wrote his hit song “Die a Happy Man” about her. You can watch them star together in the song’s romantic music video below.