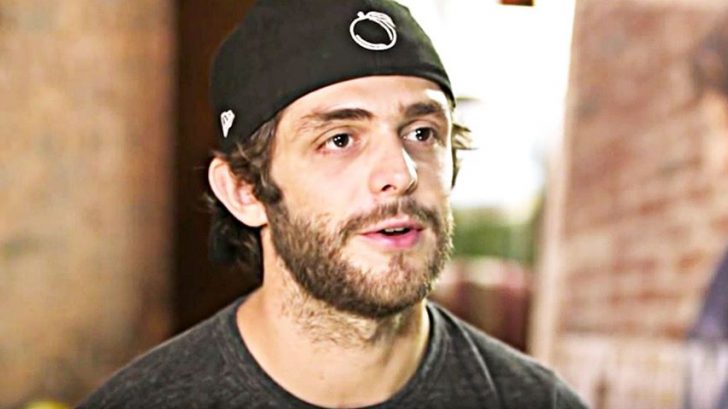 Who says Kenny Chesney‘s Trip Around the Sun tour is all work and no play? Not Thomas Rhett – one of Chesney’s sidekicks (and friends) on the road.

In fact, it sounds like the two fan-faves are enjoying their time behind the stage more than we thought!

Kenny Treats People Like He Wants To Be Treated

The traveling performers have so much fun, they forget that they’re working. According to those on tour, it’s more like a family reunion than work.

“Kenny sets up this like gigantic space next to his bus where he has a tiki bar and food trucks and music playin’,” Rhett explained at a press conference. “And literally like before the show and after the show, I could’ve walked up to Kenny and said, ‘Hey dude I have 30 family members here. Is that cool?’ He’d be like, ‘Yeah! Come on!’”

Because Chesney treats everyone like family behind the scenes – there’s such a fun atmosphere onstage.

Rhett has looked forward to the chance to tour with Chesney since he was 19 years old. He finally has that opportunity and it is a dream come true.

“Anybody who’s somebody has done that tour,” Rhett explained to media outlets at a recent press conference. “There’s a reason for that.”

“So many people want to tour with him,” Rhett explained. “Just because of the camaraderie that you get from that tour and then you also get to watch somebody play two hours of nothing but the most gigantic songs in the history of country music.”

Rhett and others who have accompanied the superstar on tour praise him for making it feel like a home away from home. The common thought is he feels more like your brother than a global superstar – and he plans to keep it that way.

The “Trip Around the Sun” tour began in April and will play in 19 stadiums around the U.S. before completing the circuit in August.

Also touring with Chesney and Rhett are Old Dominion and Brandon Lay – all doing their best to see that fans have a good time.

Watch Chesney’s “Get Along” and let us know what you think about the family he has created on his tour.