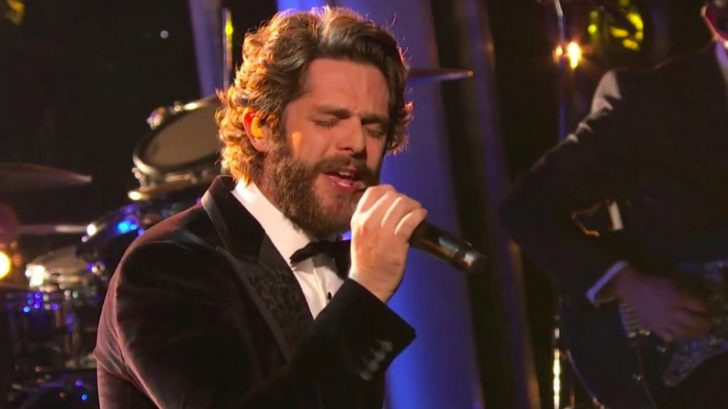 Some of Thomas Rhett‘s greatest songs honor his wife of seven years, Lauren Akins. Just a few such songs are “Die a Happy Man,” “Star of the Show,” and “Look What God Gave Her.”

Then two years ago, Thomas and Lauren became parents. They adopted daughter Willa Gray in May of 2017, and daughter Ada James was born exactly three months later.

Now, Thomas’ songs tend to focus on all three of his girls. His prior single, “Life Changes,” which is about marrying Lauren and growing their family, hit number one on the Country Airplay chart.

Then in July 2019, Thomas released yet another song about his wife and daughters, titled “Remember You Young.”

“We wrote this song about the people in life that we love, and always remembering them in their youth, no matter how much time passes and we all change,” Thomas said about the song in a press release.

The song has him looking back on his youth, his past memories with Lauren, and his daughters’ childhoods. So when Thomas sang “Remember You Young” at the 2019 CMA Awards, it was one of the most emotional performances of the night.

Lauren, now pregnant with her and Thomas’ third daughter, was in attendance at the awards. Both Willa and Ada were also there earlier in the night.

Many people in the audience held up their cell phone flashlights during the performance, creating a twinkle throughout the arena. Thomas also had a twinkle in his eye as he sang, and that twinkle turned into tears by the end of the song.

You also may end up teary-eyed as you watch Thomas sing “Remember You Young” in the video below. Every CMA Awards needs a touching performance or two, and Thomas’ performance certainly tugged at people’s heartstrings.