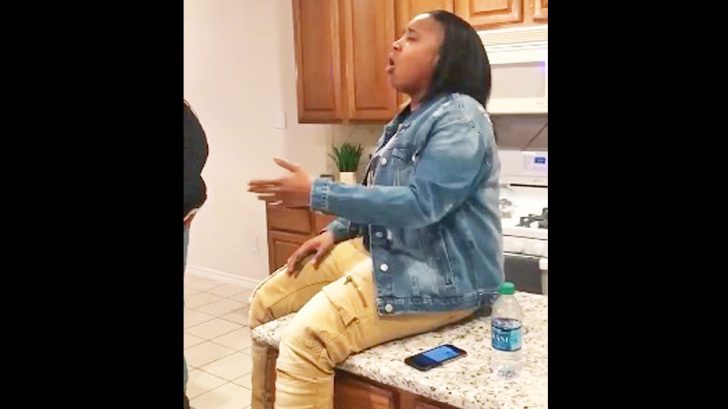 The Song That Was Reborn

“Tennessee Whiskey” is one country song that has managed to stand the test of time. The song has been reborn again and again, and has been recorded by all sorts of singers in all sorts of styles.

Longtime country fans know that “Tennessee Whiskey” was originally a David Allan Coe song, and that it was later covered by the legendary George Jones.

Renewed interest in the song was sparked in 2015 after Chris Stapleton performed it at the CMA Awards in a mashup performance with Justin Timberlake.

Stapleton’s version of the song topped the Billboard Hot Country Songs chart, and has inspired a number of others to follow his suit. If you hop on YouTube or social media right now, you won’t have any trouble finding covers of “Tennessee Whiskey” performed in Stapleton’s style. There are thousands of videos out there!

In the sea of “Tennessee Whiskey” covers that have flooded the web since 2015, a select few have stood out.

One “Tennessee Whiskey” cover swept the internet, and we have to share it with y’all. This particular cover is actually a duet, and was performed by cousins Kourtney White and Kenyetta Gray.

The video shows White perched on the kitchen island, while the backing track to “Tennessee Whiskey” plays on her phone. Once she starts singing, the room fills to the brim with a powerful, soulful sound. This girl has a serious set of pipes!

Everything got even better once Gray jumped in, providing some silky smooth harmonies to back up her cousin. To no surprise, the duo’s video went viral.

Prepare to savor every single second of this intoxicating “Tennessee Whiskey” cover. There’s so much talent hiding out there in the world, and these two ladies serve as perfect proof of that!

My cousin and I covering Tennessee Whisky last night? By: Chris Stapleton ♥️ I hope you all love?? #PLEASESHARE #pleaseshare #followmeoninstagram @songbirdwhite“I do not own the rights to this music” ?